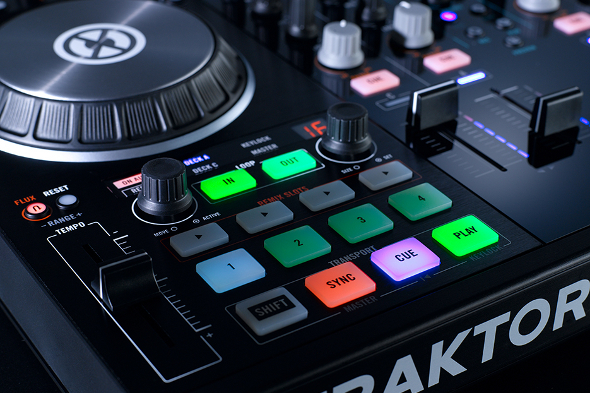 Traktor DJ for iOS support and improved visual feedback are amongst the changes.

Originally released in 2010 and 2011 respectively, Native Instruments’ Traktor S4 and S2 units were the company’s first foray into the world of all-in-one DJ controllers, featuring integrated 24bit/96 kHz sound card, jog wheels and controls, while the S4 also functioned as a four-channel mixer. Native Instruments have now announced details of the successors to both controllers, which will keep the same names and the same key features, but introduce a host of new improvements.

The biggest change to both units is the introduction of support for NI’s Traktor DJ for iOS software, meaning users can now plug their iPhone or iPad directly into the controller without the need for a laptop. In addition, the S4 features high-res jog wheels with aircraft-grade aluminum plates, new buttons allowing control of Traktor Pro 2’s remix deck functionality, while both feature “high-res jog wheels with aircraft-grade aluminum plates,” and cue, loop and sample buttons on both with the same kind of RGB feedback as that on NI’s Maschine 2 hardware. Both units also ship with Traktor Pro 2 software included; a video of the controllers in action can be viewed below.