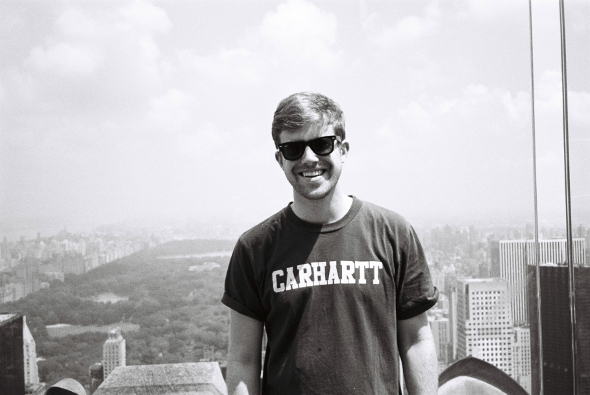 Listen to clips of the Dublin producer’s forthcoming EP for the Brooklyn-based label.

Debuting with a split EP on the Irish First Second imprint in 2012, Dublin-based Gareth Smyth made his mark under the Lumigraph moniker earlier this year with the Nautically Inclined album on Opal Tapes. His next release comes on an equally respected imprint, the Brooklyn-based Mister Saturday Night label, whose parties of the same name are legendary in the city of New York and beyond. It was in 2012, when the producer was living in New York for the summer (as pictured in the holiday snap above) that he met the label’s Eamon Harkin and Justin Carter, something that led to Smyth’s eventual appearance on the label.

Like the label’s recent releases from Anthony Naples and Hank Jackson, the Yacht Cruiser EP veers towards the lo-fi edge of the house and techno spectrum; the synths interrupting the relentless kick of “Cape Horn” sound particularly crusty and abstracted, though the dreamier house tones of the title track and “Small Doses” show him to have a sedate outlook also. All four tracks can be previewed below – the 12-inch EP is promised by the label “soon”.