Welcome To The Room: The Berlin Community Radio story 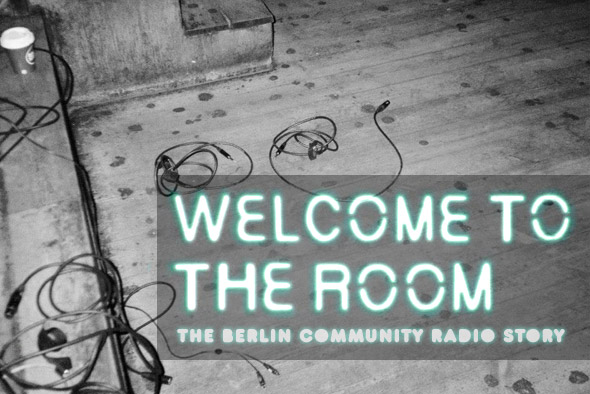 Flora Wong speaks to Sarah Miles and Anastasia Filipovna, the two founders of rising DIY broadcasters Berlin Community Radio and hosts of the Welcome To The Room show.

Founded by Sarah Miles and Anastasia Filipovna, two like-minded girls working in electronic music, Berlin Community Radio, and more so the Welcome To The Room show that they host, is a surprisingly simple concept that the city had been lacking. The DIY online radio station and latterly a monthly club plays host to some of the strongest new names across music in Kreuzberg in the world’s techno & house hub of Berlin.

Whilst Filipovna and Miles’ own show Welcome To The Room exists predominantly as an electronic, techno and house-centric show, the pair has ensured that Berlin Community Radio as a station is as eclectic and accessible as possible, allowing for an open-minded platform for locals.  Alongside shows hosted by Hunee, Call Super, Heatsick and Vice Magazine’s Noisey, they’ve also enlisted the duo behind Creamcake; a female perspective on Berlin’s answer to the post-internet generation, playing r’n’b, classic pop cuts and ‘bass music offshoots’. Further shows on Berlin Community Radio are dedicated to food, lifestyle, and events for anyone based in or just passing through Berlin to establish their strong community vibe.

When it comes to their own show, there’s an element of careful curation to Welcome To The Room with each edition seeing hosts Miles and Filipovna joined by special guests, with a relaxed vibe where music intertwines with chat. Perhaps the most notable attribution of the show – considering its relatively recent conception – is the consistent strength and breadth of their widely ranging guests across electronic music; most recently up-and-coming artists like the young Huerco S, Mister Saturday Night’s Anthony Naples, Aurora Halal and the L.I.E.S crew with Ron Morelli, Steve Summers and Delroy Edwards have brushed up with more seasoned names like Andrew Weatherall and Gerd Janson. 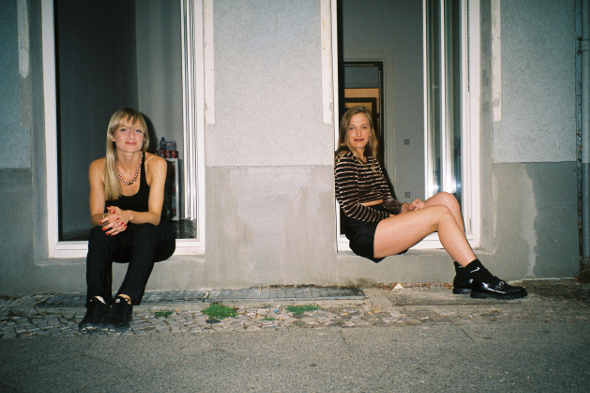 Besides their regular shows held at the Farbfernseher club working with recording engineer Pablo Sanchez, the two have been broadening their horizons with one-off projects such as teaming up with festivals for their special series with Dimensions last year, streaming selected shows from Mala to Eglo Records recorded on site. At the beginning of 2012, Welcome to The Room also became a monthly night at the club booking a selection of both local and international artists such as PAN boss Bill Kouligas, Move D and DJ Richard.

Flora Wong met up with Miles and Filipovna to discuss the vital role of the station, their love of living in the ever-international Berlin, and their future plans to come.

How did Welcome To The Room first come about?

WTTR is a DIY project. In 2011 we were both living in Berlin for a couple of years and Farbfernseher was launching their website. Sarah had been a DJ resident there and asked them if they wanted to have a radio podcast on it. They were up for it and so we sat around with our sound engineer Michal and he drew a draft of radio recording. We then started to look at Berlin events listings and contacted people who were coming over and invited them to talk to us. The club helped us with equipment and became our base, while giving us a total independence in programming.

What are both your backgrounds/doing before and how did you meet?

We met in Berlin at a party in Bar 25 and it turned out we were neighbours. I worked in music PR and started DJing at Farbfernseher and around Berlin, and Anastasia was studying in Berlin and was doing a weekly radio show called Gentle Persuaders for NYC’s Viva Radio as well as DJing in bars.

Your guests have been consistently strong names, how do you curate them and how do you get them involved?

We invite artists we like, respect and listen to. Sometimes it’s easy and they want to come, either already know what we do or they just like radio. Sometimes it’s like hunting a buffalo! – lots of patience 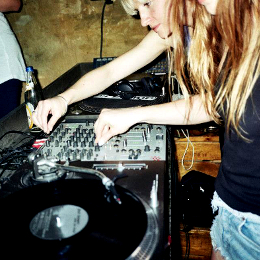 and chasing down management. Personal recommendations always help. We meet a lot of people living in the village that Berlin truly is and some artists contact us wanting to come up on the show.

The good thing about being in Berlin is that many artists come here for a month or two and have lots of time. Even artists who only play one gig still find it easy to get down and record a show before as it’s just less hectic than in London or NYC. It only takes 40mins to get to Kreuzberg or Neukölln from the airport, many people stay nearby, the drinks are free at the bar and we are two nice girls – why not do it? There have only been a couple of artists who said no to us!

We try to not follow the hype and invite people who we truly believe have something interesting to say and play. We are also always trying not to get stuck in a rut of having guests from the same label/genre. Eclectic is good. More is more.

Where do you want WTTR to go? Is there an end goal or have you reached it with what you’re doing now?

The goal is to meet interesting artists, have them record great sets and bring a little personal touch with the interview. We would like to record more shows at festivals – we went to Dimensions Festival last year and found it very challenging. The difference is immense! There are so many media representatives, and artists have really busy interview schedules and of course most of the recordings are snapped by radio big dogs – we would like to become a big dog too while keeping the spirit of WTTR alive!

This we are trying to accomplish with the launch of Berlin Community Radio – the next bigger project we are working on now full time. This platform will see many more sides of Berlin get their voice – from dark experimental Neukölln guys, to food and art talk shows, as well as hip hop and future pop shows. We encourage people to invest time in building their own shows and we hope BCR will become a real power showing Berlin to the outside world and a platform for people who live here to enjoy and tune into.

Once there are hourly ‘locked in’ tweets coming up on BCR’s Twitter we will feel everything is going the right way.

Whilst the station is Berlin-based, is it Berlin-centric?

Berlin has so many centres. We want to present the centre we love and live. It’s about movement and new ideas. People come and go and influence and get influenced. A couple of years ago the scene was dominated by tech-house and techno – Berlin still suffers that reputation sadly – when actually there is so much more. There are extremely successful club nights that work with completely different crowds and who is there to say they are not Berlin-centric? Everything that you listen to will be made in Berlin, by people living in Berlin, and in some way about Berlin. 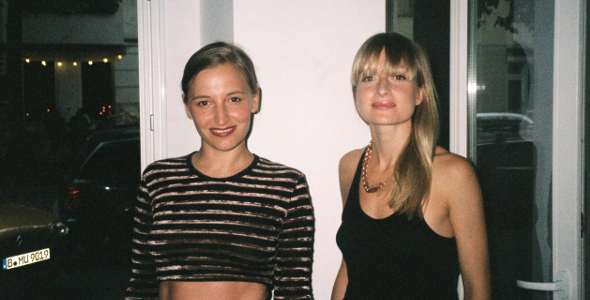 Why do you think Berlin needed this or what is your USP?

With Welcome To The Room we just did it because we wanted to and also no one else was doing it, and the feedback was great. We have a trust in our own taste and seems like people do too.

With BCR we felt there are so many inspiring things happening in this city, so many interesting people, projects and platforms, which keep popping up and growing here, they needed a voice and to be represented. You just have to talk to the right people and you will be amazed by the scale of things that are bubbling under the surface of the city. We feel there was a need for a radio platform bringing all of them together – we want them to be heard. Our USP is to do, and keep doing our thing. It feels good.

What have been the most memorable shows / your personal favourites so far?

We loved Andrew Weatherall. He is a genius and a gentleman. Sadly the CDJ broke in the middle of recording so we had to get another one sent in a taxi. He offered to play from one only, but in the end the show was saved. We love Hunee and his love of music and life in general. Big shout outs to the Washington crew – these guys have their hearts in the right place. Huerco S recently was great fun.

What have been the biggest obstacles in founding a radio station yourselves?

Money & bureaucracy. Lots of meetings with sponsors, not many successful. Lots of visits at the various Ämter (offices), lots and lots of forms and papers to fill. It feels so good once you’ve done it though.

What was the appeal of Farbfernseher and what is their reputation in Berlin?

Farbfernseher is such a great place run by amazing people. The club itself is small and always packed – DJs like to play there and are willing to do so for less money as it’s famous for its enthusiastic crowd and steady line-ups. The guys behind it – Tobias, Jan and Stephan are doing it for all the right reasons – they refuse to make the entrance more than 4 Euros, the drinks are reasonably priced, the residents are friends and extended family. The podiums are great to dance on. 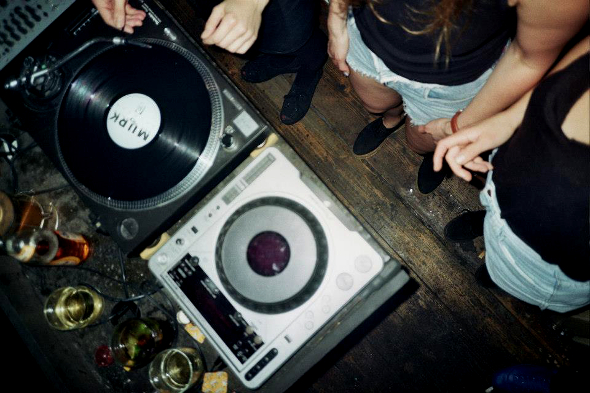 Is the location of Kreuzberg a vital part of the identity of the station / or the club? What’s special about it there?

We lived here for 4 and 5 years now and couldn’t imagine moving anywhere else. It’s a village. Kreuzberg and Neukölln are lovely districts. They’re safe, beautiful, international and full of little businesses – record stores, boutiques, vintage shops, cafes, bars and restaurants. We always felt strongly that the radio station should be in a location where people feel welcome to come by, hang out and be a part of it. The area on the border of Kreuzberg and Neukölln is central to many great things that are happening in Berlin.

Who have you got lined up for the future?

For WTTR Rabih Beaini (Morphosis) should be joining us soon, and Lee Douglas (Stallions, TBD, Bad News) said he’d like to join as well. We are still waiting for Ben UFO to have a spare moment out of his hectic schedule next time he’s in town, but he did record a podcast for BCR with one of our contributors Call Super.

We are working really hard on Berlin Community Radio – we have 12 contributors with another 8 nearly ready to launch. The studio is nearly ready – Pfluegerstrasse 52 and our studio engineer Pablo Sanchez is sorting out the equipment and hopefully we will be live soon.