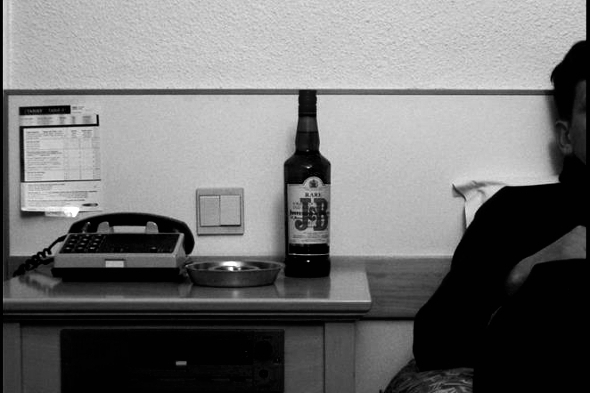 Get a sample of the Leipzig producer’s forthcoming debut on Joy Orbison and Will Bankhead’s label.

Due out later this month, the four track After The Job finds German producer Mix Mup in typically off-centre form; it also represents a return to the low-key nature of Hinge Finger’s debut transmission from Madteo after playing with the affections of countless YouTube-dwelling Blawan and Joy Orbison enthusiasts with their past two efforts. Whilst the previously aired “Bungalow” hinted that Kassem Mosse’s mate might be adopting a more meditative approach with this record, fans of Mix Mup’s knack for mangled house and techno coated in viscous fuzz will no doubt be pleased when “Copa Jams” unfolds.

Dipped in a pot of twilight menace and tape hiss-infused distortion, the drum programming on “Copa Jams” is straight out of the Detroit Electro Advocates Handbook, and there’s a sense of emotive contrast offered by the searing synth lines that jettison with laser like precision in conjunction with the merest hint of a delicate female vocal.