The next release on the Kelly Twins’ label will come from the unheralded London producer, with FunkinEven on remix duties.

Bristol-based duo The Kelly Twins inaugurated their Happy Skull label last month with an EP from the Systems of Desire pairing of Kowton and Hyetal, a record that combined Kowton’s raw, techno-leaning sounds with Hyetal’s expansive synth melodies. After that auspicious start, the label looks set to continue to explore this marriage of tougher sounds and melodic elements, albeit through the somewhat more kaleidoscopic viewfinder of London-based producer Adjowa, who provides his debut release for the label.

Supposedly taking inspiration from “the lunatic fringe of boogie and very early techno”, Adjowa constructs his tracks from an array of “malfunctioning and eccentric analogue gear” – something that obviously spills over into his productions. The release features two original tracks from the producer, with the gritty thickset bassline and glistening chords of “8 Ball” having obvious Detroit influences, and “Red Leather” taking on an ’80s-inspired boogie mode to create a track described by the label as sounding “as if Cybotron, Moon B and Dam Funk had got together for a synth-jam somewhere far beyond the stars.” Given Adjowa’s obvious appreciation of boogie and ’80s leaning sounds, Apron boss FunkinEven is a logical choice to complete the package with a remix of “Red Leather”, turning in a raw, jacking remix that firms things up considerably – clips of the release can be heard below. 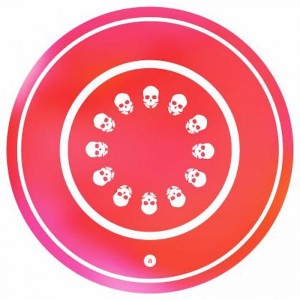