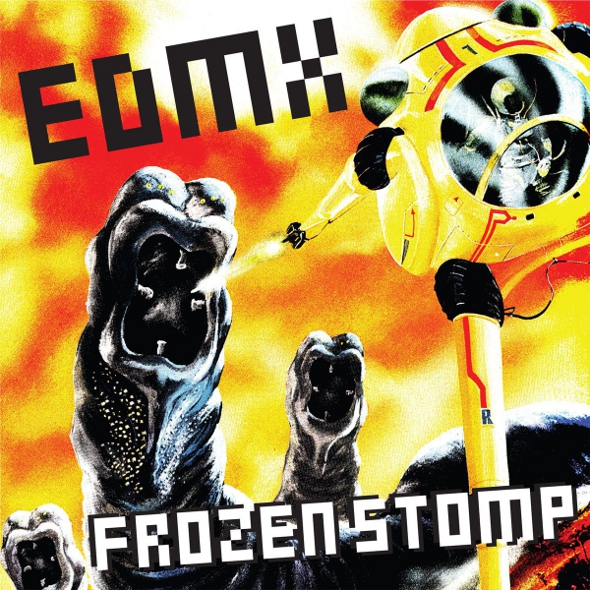 Seven-track Frozen Stomp LP will be issued on Milo Smee’s label in September.

Veteran producer Ed Upton has been pumping out his unrelenting brand of electro on labels like Rephlex, Mathematics and his own Breakin’ imprint since the mid-90s under a bewildering array of aliases – DMX Krew, Bass Potato and Computor Rockers to name just a few. In recent years Upton seems to have found a kindred spirit in Milo Smee’s Power Vacuum label, which has been refining its own take on rave-fuelled techno across releases from Bintus, Invincible Scum, Mark Broom and Upton himself under his EDMX moniker.

Upton’s Cerberus EP provided one of the label’s most incendiary moments, thanks to its furious industrial beats and overdriven 303 lines, and now Power Vacuum will follow that release with a seven-track EDMX LP entitled Frozen Stomp. In typical Power Vacuum fashion, the press release offers little in the way of musical description, opting instead for a science fiction short story to set the scene for the LP, of which a choice extract is posted below – which is best read together with a viewing of the video teaser below:

“The vessel continues on its way, cabin speakers ringing to the perpetual lock groove caused by the blast, like a thousand galaxies being simultaneously shredded. The captain slams his foot; jets blow orange and red setting the ship back on its course. As it pulls into the distance a set of giant celestial eyes appear to be watching it from behind a corner of the nebulae…”

Power Vacuum will release Frozen Stomp on LP and digital formats on September 10.