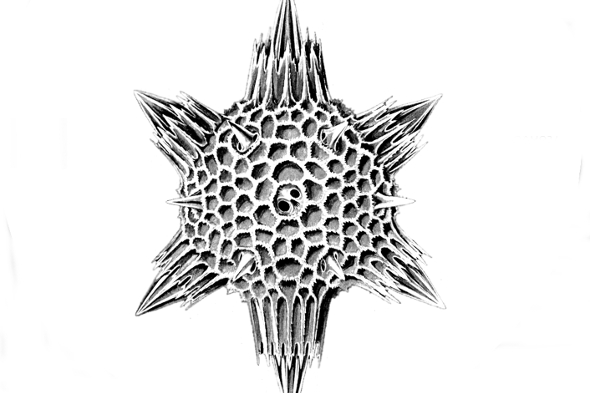 Abstract is the new normal. That’s the message that Stroboscopic Artefacts’ spin-off Monad label has been pushing for the past few years. The Berlin label is part of an increasing number of outlets pushing music that doesn’t have a straight or traditional dance floor approach. The same message has been on Dublin duo Lakker’s agenda from the get-go.

Releases like the Torann and Arc EPs for James Ruskin’s Blueprint are dance floor-primed, but both releases contained the kind of textures and nuanced production sounds that are more common in music usually designed for the head. Like label boss Lucy or other artists on the SA roster – Dadub and Xhin, for example – Lakker’s growing profile has a lot to do with their ability to seamlessly weave these two elements together. The duo’s contribution to the Monad series sees them push farther down the abstract route than before.

“Artificial Weather” involves them sketching out a melancholic and somewhat disturbed ambient sound track, where humming tones and deranged screeches are realised against the backdrop of down-at-heel riffs and jazzy stylings. “Asvattha” is more inventive, its scratchy intro sounding like pebbles being dropped down a rusty drain pipe. It gradually unfolds into something resembling a groove, but then unexpectedly morphs into a coda full of angelic whispers and dreamy synths. It appears that an unwritten rule of the Monad series is that each contributing artist is required to deliver a broken beat track.

Lakker comply with this request on “Dryad”, which starts off dreamy and reflective before descending into something altogether more sinister thanks to densely crowded beats. The duo leaves the best to last here; “Nevada” begins with subtle tonal shifts and plinky plonk tones, before rasping beats drop. It’s the small details that set this apart though; the hissing hats that double up and then separate, the imperceptible border between kicks and percussion and the keys that go in and out of tune at random. Monad XI marks another victory in the move away from dance floor conventions.