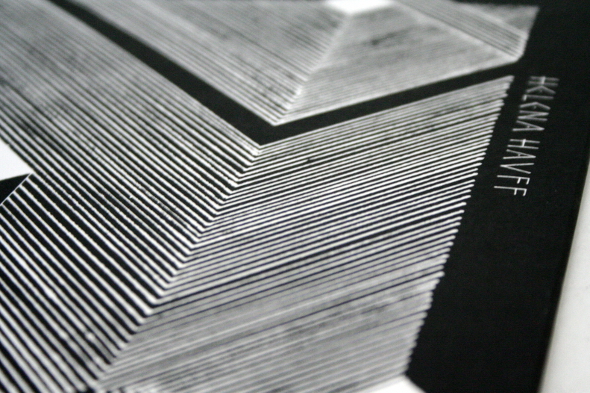 Records from Vakula, Floating Points, Cut Hands and Helena Hauff are amongst the most interesting releases this week.

Despite running into the typically dry musical release period of August, this week saw a surprisingly diverse selection of records. At the top of the pile was You’ve Never Been To Konotop (Selected Works 2009-2012) the long-awaited album from Vakula on Firecracker. Much like the producer’s work for Shevchenko, the album takes the mainframe of house and melds it with elements of “Ukrainian folk melodies, esoteric cryptic rhythm patterns, field recordings, interludes and overgrown organic effects hidden beneath acres of cosmic murk.” In typical fashion from the Scottish label it arrived in sumptuous silk-screened packaging and is destined to fetch high sums on Discogs in the coming months. In a similar vein was Disconnect to Connect, the long-awaited debut album from Steven Tang in which the producer took the approach of simply showcasing his finely honed deep house production skills which he’s developed over his underrated career so far.

A number of other great house records shone through this week, not least of them Swisher, the second album from NYC duo Blondes on the consistently excellent RVNG Intl. Those familiar with their hazy brand of beat-driven music will know what to expect, but the album undoubtedly shows the duo’s darker side. Also making a welcome return to Rush Hour was BNJMN, who demonstrated a wide appreciation of tempos on Hummingbird, with the glistening 140bpm techno of the title complemented by the shifting, sludgy sonics of “Slowwave” and a dubby remix from Legowelt and Xosar as Xamiga.

On a more raw tip was Choco & Cherry, the debut album from Swiss duo Echo 106 on Jamal Moss’ Mathematics label; as expected, it’s a frosty journey through their own particular take on analogue house music, across the John Carpenter meets Italo of the title track, the frenetic acid of “Pale Scale 2”, atmospheric forest techno of “Dark String” and deep Chicago reconstruction of “Don’t Cross The Railways”. However, the most interesting house record of the week was from cult Chicago producer Marcus Mixx; released under the M+M alias in 1987, “M+M Theme” sounds like it could be a contemporary Steve Summers or Mutant Beat Dance production – those interested in some OG “outsider house” should look no further.

This week saw something of a glut of juking ghetto house released; the resurgent Dance Mania label gave another shout out to the footwork scene it inspired with Westside Boogie Vol 3, looking to recent Planet Mu signing Traxman for six tracks right at the intersection between the two genres (and the video game sampling “Pacman” providing one of the most bizarre footwork tracks to date). Meanwhile the excellent Australian label Thug Records hit up veteran Chicago producer DJ Slugo for the risque lyrical content of the Watch Me Juke EP. Those who like their ghetto sounds a little more futuristic should check the new Machinedrum single Eyesdontlie; heralding his forthcoming album for Ninja Tune, it introduces the album’s Vapor City concept – which came to him in his sleep – with a suitably dreamlike take on footwork.

This week also saw the release of Rocketnumbernine’s debut album for Smalltown Supersound; across singles for Four Tet’s Text and Soul Jazz Records the drum and synth duo have developed a unique sound combining motorik kraut rhythms and broken beat mechanics, and the Meyouweyou album is the ideal format for their sound to unfold itself properly. Featuring a member of contemporary jazz outfit Portico Quartet, Circle Traps create music at the similar meeting point of jazz, electronica and techno, and their Obelisk EP for Five Easy Pieces fits snugly within the kind of organic dance music being made by Holden, Four Tet, Caribou and Luke Abbott. On the slightly more downtempo end of this scale were two records from the excellent Eglo, who issued Floating Points’ Eglo Records Vol 1 contribution “Wires” to a gorgeously presented one-sided 12-inch, and Fatima’s Circle EP, which saw the Eglo chanteuse drop vocals over production work from Los Angeles duo Computer Jay and Shafiq Husayn of Sa Ra Creative Partners fame ahead of her debut album.

The noisy techno axis was in fine fettle this week; alongside a reissue of Regis’ Necklace Of Bites, Downwards released the devastating Madwoman EP from Cut Hands. Those who have been following William Bennett’s project since its inception will know it pulls no punches, but the slamming rhythms of the title track are some of the most uncompromising work from the producer under this moniker to date. Domick Fernow’s techno-focused Bed Of Nails label also put out its first record in nearly a year, as Violet Poison joined the discography with the trepidatious tones of Awakening Messiah, which came steeped in horror soundtrack-style dread; Fernow’s other concern, Hospital Productions, slipped out Alberich’s Machine Gun Nest, featuring a similarly brooding set of noise-based constructions. Blackest Ever Black also delivered Black Rain’s excellent Protoplasm, culled from a live show the cult artist performed in London last year. However, it was Actio Reactio, the debut release from Golden Pudel resident Helena Hauff on Actress’ Werkdiscs that stood out for us, showing her to have an innate understanding of the mechanics of raw analogue basement techno

In the world of reissues and compilations, the essential release was Strut’s Mutazione: Italian Electronic & New Wave Underground 1980-1988. Compiled by Walls member Alessio Natalizia, it offers as comprehensive an overview of underground Italian music from the 1980s as you’re likely to find, pulling together the strands of new wave and primitivce electronics that emerged out of a time of great political unrest.