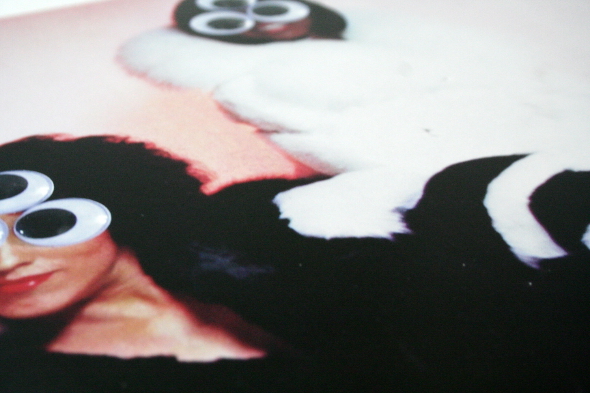 If Lukas Nystrand von Unge’s name doesn’t immediately ring out, there are a few possible reasons as to why. It could be because the Stockholm-based producer has released his tracks under enough pseudonyms to make someone with dissociative identity disorder feel normal in comparison, under such bafflingly creative aliases as Mortimer Twang, Sentimental Cat, and the disturbingly cultish sounding Disciples of Ageema.

It could be because von Unge’s career has been stretched over a duration of twenty five years – he’s been releasing music since the year of this writer’s birth (1987). Or perhaps it’s something about the way the producer pairs saccharine pop melodies with dubby lo-fi aesthetics, creating classically beautiful songs and them obscuring them in static and disarray that lends itself well to a low-key public persona. Perhaps, like his tracks, von Unge prefers to keep his identity obfuscated and unclear. Call him the Swedish Jai Paul of house music. Or, considering who came first, maybe it’s better to call Jai Paul the British von Unge.

Whether or not you’re familiar with the name, von Unge’s team up with the euphorically unpredictable Studio Barnhus imprint will ensure that you will be soon, as Studio Barnhus EP No. 1 is the first of several releases the producer will be dropping on the label. It’s a formidable introduction to those unfamiliar with von Unge’s output – six cuts of dystopian house music that’s like a sweater on the verge of unravelling: It’s warm, enveloping and immersive, while also on the verge of unravelling on the floor at any second. EP opener “Förmodligen” loops a grainy tape sample of what might be the voice of a pessimistic one night stand asserting “you’re gonna probably forget me anyway” at sped-up and slowed intervals. Modular synth dollops cut from a Todd Terje-esque cloth decorate the track as it’s stripped down percussive groove slowly draws the listener into the broken beat.

But it’s not until “Bra för dig” that things really unfurl into dreamy, sprawling discord. Beginning with the ear-puncturing blare of a dying air horn, the fuzzy drums washing over von Unge’s unpredictable key patterns sound like a dancehall stuck in purgatory. The buzz and crackle of “Bra för dig” may be there because von Unge likes it gritty, but it’s also possible that it’s because it comes from a different era altogether: the tracks on “Studio Barnhus EP No. 1” have been recorded over a timespan of ten years, and it’s tough to distinguish when these murky cuts were envisioned and recorded.

The one exception to that rule might be the comparatively clean-cut “Gamla skolan”, which puts aside hissing noise and unflinchingly ventures into full on anthemic “Strings of Life” territory with its gorgeously urgent, pounding piano-house chords and sweeping violin. As if pulled from the nostalgic collective unconscious of old ravers everywhere, it’s a cut that delivers unbridled joy shamelessly, and it’s definitely the track that DJs will want to keep on hand in their bags when looking to unify a dance floor in a moment of unity.

On the complete opposite side of the emotional spectrum, “Melodi” is a track that feels like jagged little piece of broken glass wedged into the sole of your foot: there’s a melody in there, but it’s been twisted and sharpened into something dangerous, sounding like little fluctuating bursts of aural shrapnel as von Unge runs the sound through increasingly distorted filters and effects. “Det beror på” is more in keeping with the traditional Studio Barnhus lightheartedness, as a meaty clap, warbling synth line and teased-out xylophone sounds are accompanied by cheering, whistling and ambient noise from a nearby crowd. It sounds like a warm-up track taking place as onlookers slowly enter the party, and showcases a breezy, carefree tropical sound that demonstrates just how far von Unge’s range can stretch.

Depending on whether you favour von Unge’s dirt-rubbed experimental pop cuts or the cleaner-cut club leaning endeavours, Studio Barnhus EP No. 1 will have different highlights- but seeing how this EP is just a glimpse of how prolific the Swede is, it’s likely that you’re going to find something in his catalogue that resonates pretty deeply.