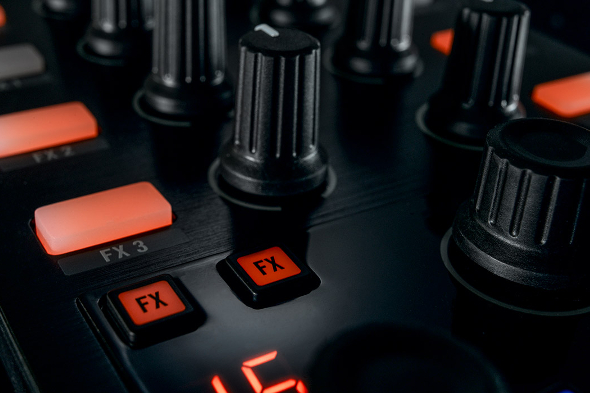 Originally released in 2010, the X1 was Native Instruments’ first foray into the world of dedicated DJ controllers, with a unit developed specifically for their Traktor DJ software. Combining 12 rotary knobs with a number of buttons for triggering various software functions, the X1 allowed full control over looping, syncing and effects.

Native Instruments have now unveiled the X1’s successor. Opting to keep the name and largely maintain the layout of its predecessor, the biggest change in the new version of the X1 is a tactile touch strip with LED indicators, useful for nudging or seeking through tracks, as well as controlling effects and loops. As with the previous model, the buttons and knobs in the top half of the unit are used primarily for controlling effects, though each are now RBG-enabled, allowing for full visual feedback with what’s going on in the Traktor software. The unit also offers direct access to Traktor’s Flux mode, allowing easier juggling of cue points and loop effects – something demonstrated to full effect in the video below.

Native Instruments will release the Kontrol X1 on August 1.