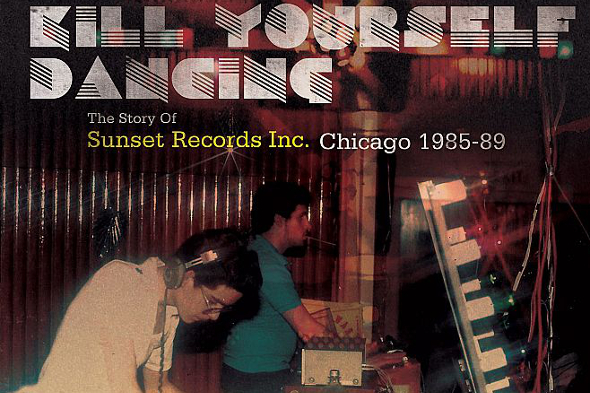 Entitled Kill Yourself Dancing: The Story Of Sunset Records Inc Chicago 1985-89, the forthcoming compilation turns the clock back to focus on a period in Chicago when House music was still in it’s infancy. Sunset Records was founded in 1985 when a bunch of local kids Matt Warren, Miguel Garcia and Ralphi Rosario pooled their resources with the already established Sunset Mobile Disco owned by brotherly duo Alex and Robert Rojo. The label’s growth during these early days of House is represented by the wide range of influences apparent in the music Sunset Records released in their limited discography, taking in elements of New Wave, Disco and Industrial.

For the compilation, Still Music have enlisted the journalistic talents of Jacob Arnold to tell the Sunset Records story (see Arnold’s conclusive Dance Mania piece on RA for evidence of his writing skills) whilst musically, the CD version Kill Yourself Dancing features some twenty one fully remastered tracks from the Sunset archives – including many from the label founders, some of which are unreleased. An accompanying double LP edition will also be released featuring eight tracks.

Still Music will release Kill Yourself Dancing: The Story Of Sunset Records Inc Chicago 1985-89 in double CD and double LP formats on August 20.