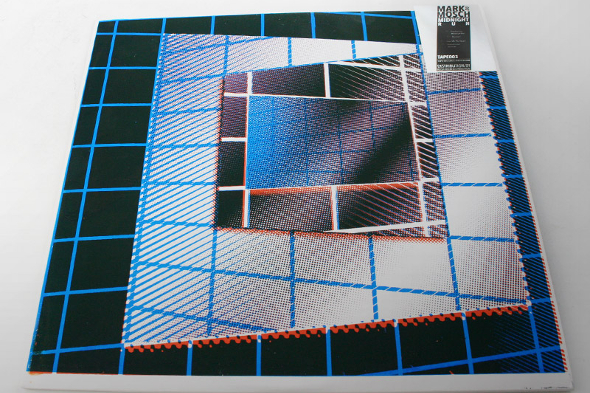 Records from Diagonal, Dekmantel, Warp and Hivern Discs were amongst the most visually appealing releases from June.

As impressive as the releases thus far from Mute offshoot Liberation Technologies have been, we’ve always thought that the packaging was a bit utilitarian. The masterful debut of Powell changed all that as his Fizz 12″ came wrapped in the kind of visually striking abstract imagery that immediately grabs your attention – a round of applause to former Mo’Wax art director Ben Drury for this sleeve. Seguing nicely from Powell’s sleeve, the latest record on the producer’s Diagonal Records imprint from Simon Pomery’s Blood Music label was presented in clear red vinyl (naturally) on a screen printed poly jacket with a luxurious gold shade.

The distinctive art of Hair Police’s Robert Beatty has featured on many a record over the years, with his work for the likes of Spectrum Spools, Peaking Lights, NNA Tapes and AudioMER amongst others ensuring him a reputation as one of the most sought after figures in underground album art. This was displayed admirably in his efforts on the fold out sleeve for Use You Illusions, the debut album from Simone Trabucchi’s Dracula Lewis project. Firecracker Recordings’ equally respected head of design House Of Traps were called on to add their own distinctive hand screen printed touch to Emotional Rescue’s Re-mixs release from Suns of Arqa and Muslimgauze.

Barcelona label Hivern Discs are no strangers to this column, and their widely regarded attention to detail on their output was demonstrated aptly once again on the 12″ of Fasenuova remixes that surfaced last month, with a printed sleeve depicting stone carvings that look so authentic you’d think you can feel them when you touch it. Equally, the words Orpheu De Jong and Dekmantel have also featured prominently within the confines of this monthly round-up, and the former’s work for the latter’s pair of Vedomir remixes from Marcel Dettmann ranks amongst the designer’s simplest yet most effective work.

Remaining in Amsterdam, The fledgling label Tape Recordings have already demonstrated a willingness to combine some finely curated deep house from uncovered talent with some expertly delivered artwork. Their third release saw Tape turn to a more established artist in Mark Du Mosch, yet their attention to the visual side remained the same with his six track Midnight Run double pack housed in some wonderfully vivid Escher-style printed art from their Den Haag based go to designer Ruben Verkuylen. The even fresher Parisian imprint Unknown Precept went suitably dark for the sumptuous sleeve that housed their corpulent techno compilation The Black Ideal, with a photograph from Caroline Seymour incorporated expertly into the design by label head Jules Peter.

Perhaps the most immediately eye catching sleeve last month was the Ghosts 12″ from Mark Pritchard which came courtesy of Jonathan Zawada, an Australian designer with plenty of previous record sleeve work in his CV for the likes of Marble and Modular (he was responsible for the distinctive Presets photographic concepts). Not far behind was With Love, the new album from the singular producer/part time model/Twitter personality known as Zomby, with some design from 4AD regular Phil Laslett incorporating a self-explanatory floral picture by Danny Evans.