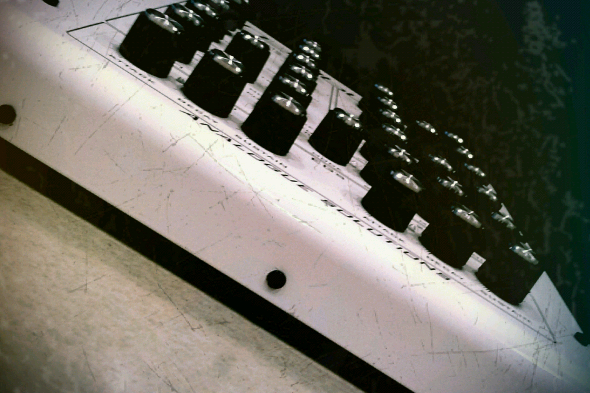 In the first of an irregular series of features focusing on the world of studio gear and production, Oli Warwick speaks to Tom Carpenter, the man behind Analogue Solutions, a company that strives to uphold the values of classic studio gear whilst taking advantage of modern technological advances.

Roland, Korg, Oberheim, Linn, Boss, Moog, Yamaha. There’s a strong contingent of legendary hardware manufacturers out there whose innovations in product design and technology came to shape the world of electronic music. It’s quite remarkable to think that a particular drum machine or synthesiser could be immortalised and eulogised to the point where even those who haven’t fully delved into the murky world of production can be familiar with the likes of an 808 or a DX7.

The thing is, all these products came into being between twenty and thirty years ago, and yet at present they remain the most desirable studio tools, trumping scores of units that have come since. Of course there’s a clear distinction to be made with the advent of in-the-box digital audio workstations, which flipped the comparatively expensive necessities of studio set-ups on their head with a wealth of convenience and myriad possibilities.

There is a plethora of worthy equipment that has been manufactured since the 80s, making the most of the ability to save presets and customise patches to further the reach and manoeuvrability of the synthesiser. Electronic music production will forever be divided into two camps, or so it seems at this point, between those that see the advances in digital technology and streamlining of workflows as plus points for creativity, and those that see them as hindrances.

“I’ve owned a lot of the new bits of kit that have presets, therefore totally stabilised and under control of a CPU, and although they’re good, they lack a certain something.” So says Tom Carpenter, a man that sits devoutly in the latter camp, both as a musician and as a hardware developer. “My synths are a hundred per cent analogue,” he adds. “They have a lot of character, just like the original ARPs and Oberheims.” With his Analogue Solutions enterprise, Tom is building an intimidating arsenal of universally acclaimed hardware that seeks to uphold the values of classic studio gear while delivering useful updates and options that some of those revered synths never had.

The Analogue Solutions range encompasses synthesisers, drum machines and sequencers but started life as a series of modules. After tiring of working for others and answering to a boss, Tom left his job at Kenton, came up with a catch-all name relating to his passion for analogue equipment, and began buying and selling used synths whilst doing basic repairs and modifications on the side. The first products he manufactured were a GT8 modular sequencer, and the BD88 and BD99, emulating the 808 and 909 kick drums respectively.

“Me and others like Analogue Systems didn’t sell a great deal back then, but we have grown steadily year by year,” Tom explains when looking back to the nascent years of his venture. “Modular has exploded in the last few years, and this has increased my sales,” he adds, “but only to a certain degree. It seems every man and his dog now makes modules, and it’s getting to the point of a massive overlap in what they do.”

The notion of overlaps is a pertinent one as Tom quests devoutly for pure analogue products, surely coming up against paths that have already been well trodden by previous manufacturers. He’s proud to assert that his circuits are based on original 70s designs, but seeks to tap into the limitations of older pieces of hardware and provide the features that he found a frustrating lack of in his own production experiences. “There are some important modulation choices missing on classics like the Prodigy or SH09,” Tom explains. “They’re nice synths but I find them very limiting as there are just some types of sounds you can’t get because of one missing routing.”

“My synths are a hundred per cent analogue, they have a lot of character, just like the original ARPs and Oberheims.”

One of Tom’s products attracting ever widening amounts of praise is the Leipzig-S synthesiser, which combines a staggering diversity of sound possibilities with an analogue sequencer, creating anything from chunky basses to sci-fi blips to rock-solid drums and triggering them as you wish to. Even Tom admits without a pause that it is his favourite ever synth (although he is quick to distance that statement from the nostalgia of old equipment). It’s interesting to note that one product review placed it “somewhere between a Minimoog and an MS20,” which gives rise to the question of whether Tom is covering ground already represented by other existing equipment.

“One of my other products, the Telemark, is clearly based on the Oberheim SEM,” he is ready to admit, “but I haven’t aimed to clone it. It has a similar layout and sound, but I went further and added extra features and a ton more modulation choices. “You can classify a Leipzig as Moog-y and Telemark as SEM-y, but that refers to the filter sound only,” Tom continues. “That can be done with any synth, as there are only a handful of basic filter designs like the transistor ladder for example.” 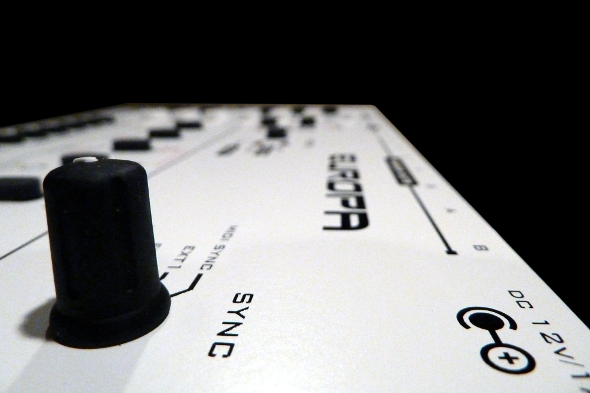 To further exemplify the advances Tom seeks to make with his products, you need only ask any of his clients. Adrian Utley, guitarist for Portishead and undeniably a synth fanatic, was quick to turn to Analogue Solutions products once he started assembling a modular set up. “I was searching around for pieces, and Tom had this really nice filter,” he explains in his Bristol-based studio. “This is the MS20 one. I’ve got a Doepfer MS20 too but I think this is better. He tweaked it so it’s just a bit more gainy, making it more wide and more vicious, and he turned up the resonance.”

“His take on the Semblance has got patches for the ins and outs,” Adrian continues, further extolling the virtues of the greater lengths Tom goes to in improving hardware functionality. “The original Oberheim came in 2 voice, 4 voice, 8 voice, or a little box, and a lot of us had to buy these things and get someone to put in all the ins and outs that you can get. He’s done all the relevant ones on his Semblance, as well as it being very like the original. He’s very cool with that.”

Beyond his love of furthering classic designs with his own products, Tom has also built a sturdy reputation for his modifications of existing hardware. Many of these are straight-forward tweaks and additions which date back to practicalities he sought to implement on the very first synth he ever owned. “I got my first analogue synth when I was about 16,” Tom reveals. “It was a used SH101, and it wasn’t long before I drilled a hole in it and fitted a CV socket for filter cut-off.” It was through this that Adrian first came across Tom’s craftsmanship. “I had an old mark one Odyssey modded,” he recalls. “I had CV and gate put in it, although Will Gregory (Goldfrapp producer) has got that now. Tom can talk about modifications forever, like 808 and 606 and 303 mods.”

Ultimately, although the improvements Tom has made on classic designs are undeniable, the people who will be enamoured with what Analogue Solutions has to offer are those who want a classic sound. “I think Tom makes the only new synths that really sound vintage,” claims Oliver Chesler. Better known as techno titan The Horrorist, Oliver has been in contact with Tom since purchasing the Telemark many moons ago, and now the pair are collaborating on music together. “I love my Moog Slim Phatty but it’s a modern sound. If you want the real thing you have to go to eBay or get something new from Tom. I remember using a Leipzig at Schneider’s Buero in Berlin and saying ‘wow, this sounds like it was made in the early 80s’.”

The question has to be asked; could Tom’s products become immortalised in the way so many famous synths, effects units and drum machines of old have been? “That would be an honour if that happened,” Tom responds. “I can’t imagine mine, or other current modern analogues becoming classics, but then maybe Moog never believed their products would. Time will tell.” 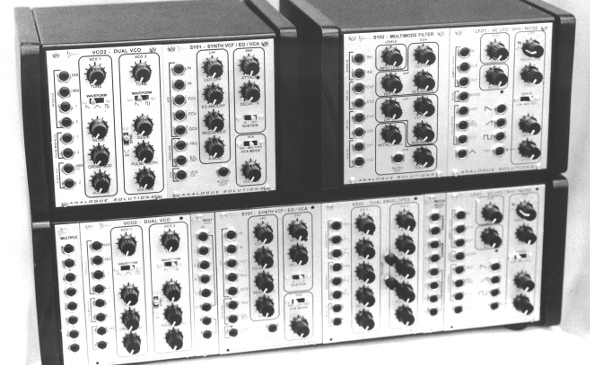