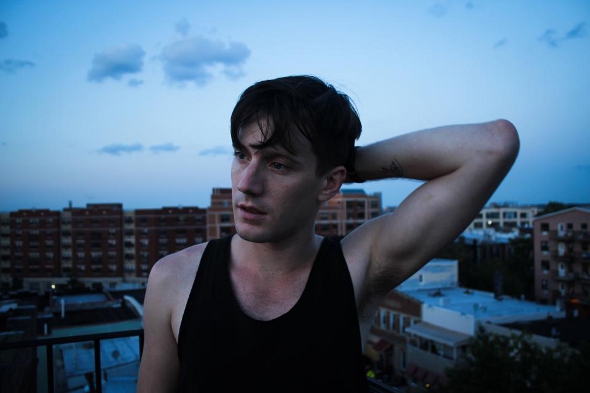 100% Silk and Planet Mu artist Ital has added a 12″ on esteemed Berlin imprint Workshop to his burgeoning discography.

In what has been something of a day of surprise releases following news of Morphosis’ double 12″ for Honest Jons, details of Ital’s Workshop debut arrives via the Hard Wax site where the title is currently available for purchase. Coming to prominence via the first release on 100% Silk in 2011, a number of 12″s and two mini-albums for Planet Mu last year, Daniel Martin-McCormack is one of the most notable artists to cross from an art-rock background into the world of club music in recent times, combining queasy synth lines, unstable rhythms and a bold approach to sampling to create something that is often less house music and more of a junked-up collage.

This occasionally busy style makes his appearance on Berlin’s Workshop label something of a surprise; home to the likes of Even Tuell, Kassem Mosse and Lowtec, Workshop’s approach to house music is considerably more measured. On the basis of the clips at Hard Wax, McCormack appears to have adopted some of the dustier, stripped back traits of the label for the release whilst maintaining his leftfield tendencies; the slow beatwork of “Ice Drift (Stalker mix)” comes joined with warm tones and trippy textures, the ambient “Slower Degrees Of Separation” has all the hallmarks of a Madteo instrumental, while “Pulsed” offers the most dancefloor focused cut.

Workshop 18 by Ital is out on Workshop Records now.

A1. Ice Drift (Stalker Mix)
B1. Pulsed
B2. Slower Degrees Of Separartion