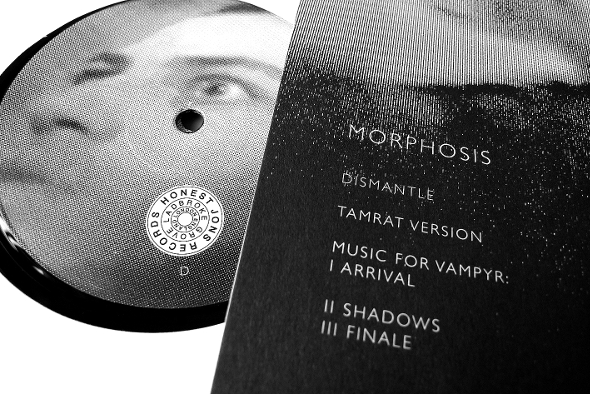 A new five track release from Rabih Beaini’s Morphosis project is out now on the Honest Jon’s label.

Arriving in a fashion similar to Metasplice’s recent album for the Morphine label run by Beaini, Dismantle has been released with the minimum of fanfare and represents the first substantial release as Morphosis since last year’s Tepco Report 12″. Beaini has still been busy on the production front, showcasing a folk-based approach separate to his work as Morphosis and Ra.H on Albidaya, an album released last month through the Lebanese label Annihaya, as well as developing the Upperground Orchestra project, a fluid collective of self styled “formidable Jazz nomads”.

Beaini’s role overseeing the Morphine Records label has also impressed of late, further establishing the Berlin-based imprint at the forefront of sludgy, experimental techno, with superbly presented releases from US acts like Metasplice, Container and Hieroglyphic Being. His return as Morphosis for Honest Jon’s comes in the form of a five track double 12″ release, with the second plate seemingly themed around the work of German composer Wolfgang Zeller. Dismantle is Beaini’s full debut on the West London label having previously remixed “Boracay Drift” from the Pinch & Shackleton long player under the Morphosis mantle.

Dismantle by Morphosis is out now in 2×12″ format on Honest Jon’s.