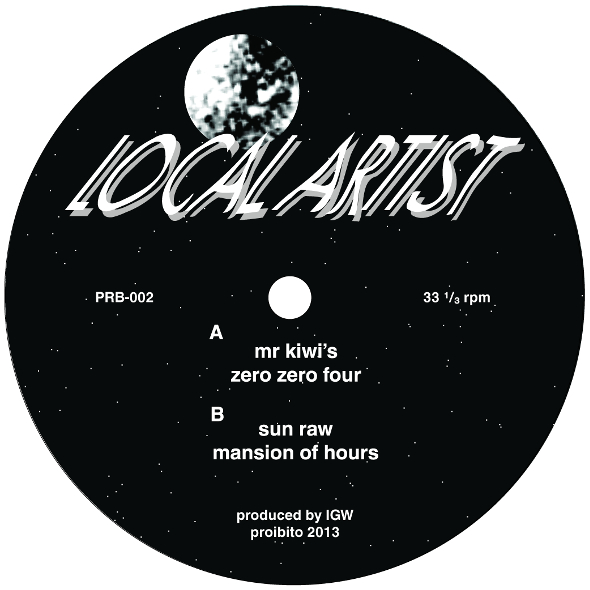 Anthony Naples’ blooming Proibito imprint was launched earlier this year with a record from Huerco S under his newly adopted Royal Crown Of Sweden alias, supplying the crunchy deep house of the   R.E.G.A.L.I.E.R. EP. The second release will be a self-titled four-track effort from the unheralded act Local Artist, with Twitter evidence suggesting this search engine unfriendly producer is a member of rising Vancouver collective Mood Hut. From the sounds of the EP’s previews – which can be streamed below – it will continue the raw 4/4 sounds of the label’s first release. Both “Mr. Kiwi” and “004” offer rough drum tracks attacked by hammering cow bells and crisp hi-hats, while “Sun Raw” and “Mansion Of Hours” fathom deeper into the dubbier and moodier echelons of house music. Look out for this in ‘August’.