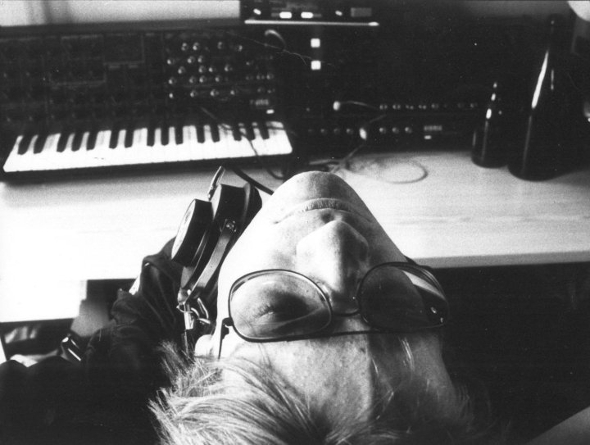 The canon of Belgian synth pop is dipped into with an album of Polyphonic Size selections due out next month.

Headed by the bespectacled Roger-Marc Vande Voorde (pictured above), the Brussels based outfit have an extensive discography for Veronica Vasicka’s label to choose from, releasing three albums and numerous 7″ and 12″s over a 11 year period. Emerging in 1979 with the Algorhythmic 7″, the debut release on the short lived Belgian Industrial label Sandwich Records run by Michel Lambot – who would later found PIAS – Polyphonic Size went on to strike a productive working relationship with Jean-Jacques Burnel, bassist with The Stranglers. Burnel produced several of their releases starting with the 1980 single Nagasaki Mon Amour as well as the band’s debut album Live For Each Moment which is considered their best work.

Polyphonic Size seemingly reside in the enigmatic end of the synth pop spectrum, with numerous lineup changes as well as song lyrics sung in English, French, German and Japanese that were penned largely by Dominique Buxin, a band member who never appeared during performances or featured on any of their record sleeves. As you would expect from the title, the forthcoming Earlier / Later LP collects remastered material from the band’s earliest releases as well as drawing on some of the music Polyphonic Size released after working with JJ Burnel. Minimal Wave have chosen this method of presentation to demonstrate Polyphonic Size’s evolving sound after working with a producer. 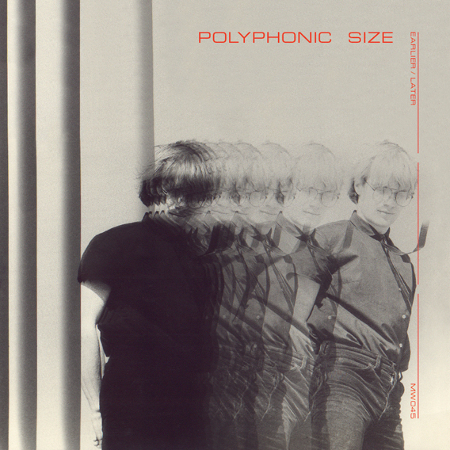 A1. Kosmik Rok
A2. Space Rejection
A3. Nagasaki Mon Amour
A4. Ommatidia
A5. Party
A6. Saison
B1. Logique Polygonale
B2. Mother’s Little Helper
B3. RDA RFA
B4. Parties Dance
B5. Night Is A Coming