Antinote welcome Geena into the family 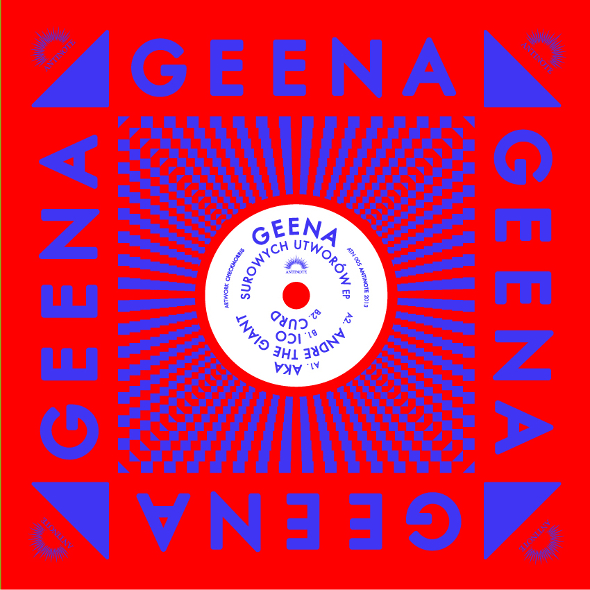 Whilst the title may be fairly unpronounceable, the four tracks from the local Parisian producer are relatively conventional house fare compared to what’s preceded Geena on the label run by Quentin Vandewalle and Gwen Jamois – with the former referring to the forthcoming 12″ as their “first DJ friendly record” in a recent label feature on Resident Advisor. That’s not to state they are without their own distinct charm, with the former WT Records DJ Muscle contributor demonstrating a playful reverence for straight up Chicago house classicism that will appeal to many. Expect the Surowych Utworow EP to arrive in the above striking sleeve design within the next two weeks.