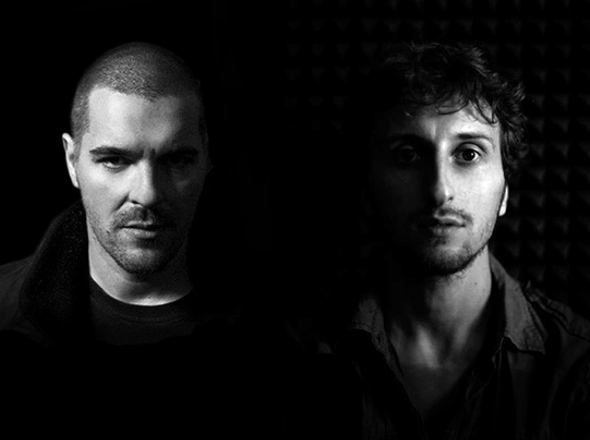 As previously reported, techno behemoths Lucy and Speedy J have joined forces to create the Zeitgeber project, whose self titled album will see a June 10 release on Stroboscopic Artefacts, and  can be previewed below. Preceding the album will be the separate Body Out Body In EP; a 12” release containing two tracks not on the album.

It’s the first time Stroboscopic Artefacts have have publicly unveiled the sounds of Zeitgeber, which combines the guttural sonics of Lucy’s Wordplay For Working Bees with mangled variations of Speedy J’s throbbing dub and DJ tool techno. Highlights of the album include “Before The Wake”, which sounds like a grumbled remake of Moondog’s “Moondog Monologue”, while the barely audible, but prominent low end pulse in “Now Imagine”, endlessly wrestles against a trippy ten minutes of far-out sound design.