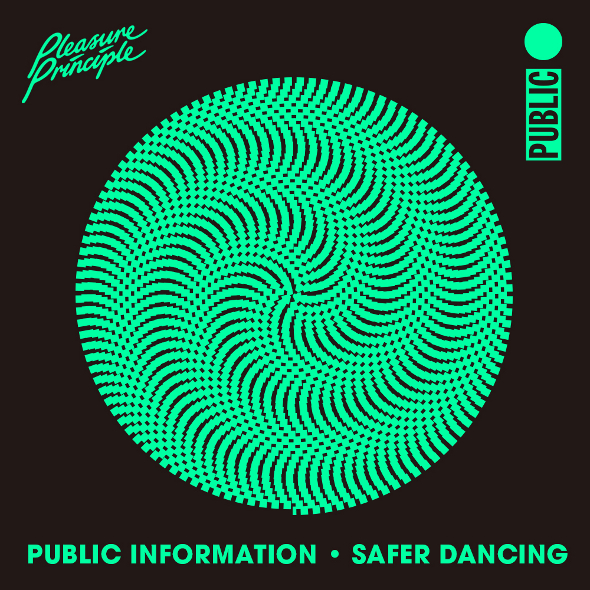 Public Information will be selecting at this weekend’s inaugural Pleasure Principle festival – get an idea of what to expect with this mixtape.

When Public Information label heads Alex Wilson and Lionel Skerratt were interviewed by Juno Plus’s Scott Wilson recently, Wilson remarked off the record that the pair were hoping to use their appearance at the upcoming Pleasure Principle festival to revive the much maligned chillout concept from its early 00s grave, reclaiming it from Zero 7-style lifestyle muzak and bringing it back to the original concept of offering musical respite for rave casualties.

It looks as if their plans have come to fruition; entitled “Safer Dancing”, and described as “90’s ch!!! !!! transformed to 2013”, their entry into the Pleasure Principle mix series is a primer for what they describe as “an audiovisual haze of dream electronics, ambient waves, techno pulses and rave ghosts”, with such disparate artists as Stereolab, Drexciya, Jon Hassell, Max Dunbar, Fabio Frizzi and Robin Guthrie all featuring on the hour long mix, which can be streamed and downloaded below.

The duo will be DJing at Pleasure Principle – which also features the likes of Ben UFO, Levon Vincent, Joy Orbison – in Newquay this Saturday from 4pm – 6pm; those interested in tickets and further info should check the festival website.