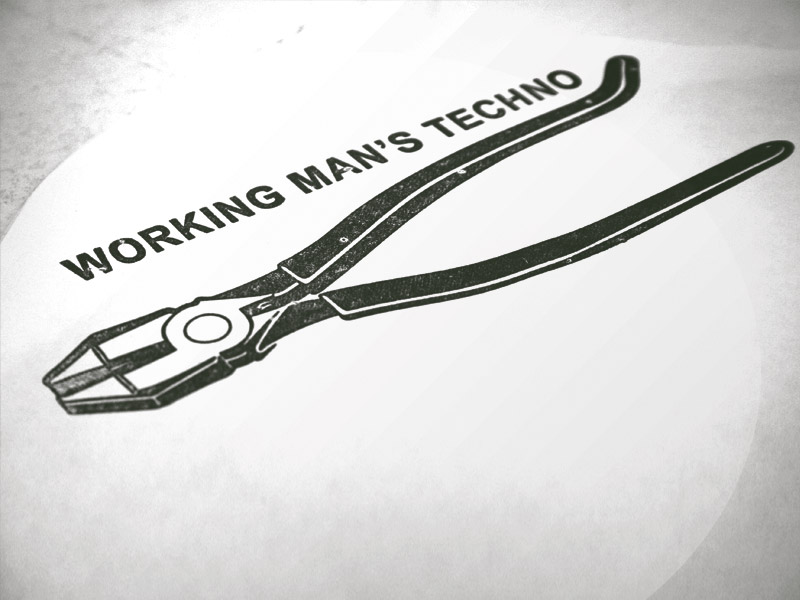 This edition of Scratching the Surface sees Scott Wilson cast his ears over some of the more severe movements in techno over the past few months.

Much has been made in the last year regarding the supposed revival of industrial techno – Angus Finlayson’s recent overview at Resident Advisor offers one such take, profiling the likes of Perc, Truss and AnD as examples of the UK contingent. However, it was clear from the vociferous debate going on in the feature’s comments section that there is some question as to what exactly constitutes the sound of industrial techno, and whether it really went anywhere at all.

One such commenter was Adam X – the US producer more recently known as Traversable Wormhole – who has been pushing a hybrid of industrial music and techno from the early 90s, and was a key figure in New York’s techno scene at that time – something profiled in some depth by Michaelangelo Matos in this piece at RBMA. Although the producer made the point in the RA comments section that the industrial influence in techno is not limited to the UK, it seems obvious from the piece itself that Finlayson had elected to focus in on a small group of British producers who seem particularly closely aligned and have undeniably had much recent attention rather that attempt to rewrite musical history. It’s undeniable that this kind of severe techno sound has began to rise to the top for some reason or another, but like Adam X notes in his response, it’s by no means limited to the UK, and as such, this month’s Scratching The Surface looks at a recent crop of records – mainly from the US – that seem to offer a parallel to the recent developments in the British techno scene.

One label who seems to be more aligned to the early 90s New York techno sound than anyone else is Ron Morelli’s L.I.E.S. For all the talk of them being an “outsider house” label (admittedly something not helped by one of my own pieces last year) much of the label’s musical aesthetic seems to be more spiritually aligned with much of the techno music emerging from New York in the early 1990s. Referred to recently on Twitter by Morelli as “graffiti techno” and citing the likes of Adam X, Joey 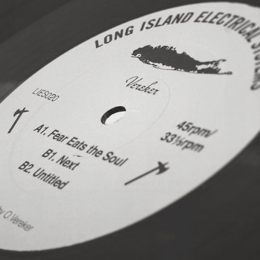 Aside from Morelli himself, the L.I.E.S. artist perhaps most aligned with this sound is recent signing Vereker. Residing in San Francisco, Vereker has made a number of VHS tape saturated videos for the likes of Mutant Beat Dance and Two Dogs In A House; grainy, skuzzy, dilapidated things, their visuals are a mirror image of the music he’s put out across a pair of 12”s for the label recently. On “Rosite” for instance, a garbled acid line swamps a muddy beat and mid-range claps with lysergic colour, on “Disconnect” a looping synth line is scraped over with beats like pumice, scrambling itself in the process, while “Fear Eats The Soul” sinks its acid line deep under a faulty filter in dire need of repair. Even his comparatively less intense tracks, like the lumbering “Next” and “Falling” feel like there’s an unstoppable energy building inside them that could burst out at any minute. Although verging on noise at times, like Carlos Giffoni’s No Fun Acid productions, Vereker’s take on techno is something altogether more sinister in its execution.

Given the huge success of L.I.E.S. in recent times, it was only a matter of time before other labels popped up to build on their work. One such label is White Material. Although only two releases strong, White Material has already established itself as a label worth keeping tabs on, and even more so than L.I.E.S. seems a label aligned with the raw, uncompromising style of techno that characterised the New York scene in the 90s. Whether intentional or not, the “Working Man’s Techno” stamp that adorns the innersleeve of the label’s debut release from Young Male (pictured atop this feature) seems a very tongue in cheek reference to the industrial aesthetic, but in truth, the music is a lot more difficult to pin down. Not quite hard enough to be industrial, but bleakly functional nonetheless, “All R” and “Distrust” seem completely displaced from any kind of time or scene; they all have the mean attitude of Detroit techno without the futuristic optimism to let any light through the cracks.

It’s a similar story with the label’s second release, from DJ Richard. “Leech2” is easily one of the best tracks to be committed to vinyl this year; employing a ghetto vocal sample over dubbed out rhythms and a growling bass, it’s flipped on its head halfway through by its inbuilt rewind and oddly melodic metallic textures. “M.D.W.B.” is similarly hands in the air stuff, with strangely wistful strings accenting a droning fuzz of bass pushing the thing along like a muscle car. Like L.I.E.S. artist Delroy Edwards, ghetto house is an obvious influence, but the abstract interlude of “Stone Worx” and the almost gothic atmosphere surrounding the drifting, syncopated rhythms of “Shade of ‘77” suggest a producer with darker, more experimental interests.

Although these records obviously have early 90s New York techno somewhere in their DNA, they perhaps don’t quite hit hard enough to be truly industrial. It’s surprising therefore, that possibly the truest industrial record of the last few months arrived on The Corner, the new label from Deconstruct boss Anthony Parasole. While the first two releases have covered deep house, and even instrumental hip hop, the third – Security, from Shawn O’ Sullivan and Beau Wanzer – is straight up techno. O’Sullivan has previously blistering form with a white label of savagely linear techno on L.I.E.S. under the Vapauteen name; his solo track “Security” that kicks off the release is in much the same vein, where 135bpm, four to floor kicks carry along a tidal wave of gelatinous synth textures. “Courier”, a collaboration with Mutant Beat Dance’s Beau Wanzer, is less furious but more abrasive in its textures, with clattering percussion and rippling iron synths cascading across the channels. “Crisis”, another O’Sullivan solo production rounds things off; its syncopated approach may make the whole thing considerable less exhausting, but its monolithic bass swells and distant plucks feel like the soundtrack to an entire city being razed to the ground by a natural disaster.

Not all of this month’s records can be tied into this specific early 90s sound in quite the same way, but there have certainly been some records of late from artists whose sounds are just as heavy. Morphosis’ Morphine imprint has undergone something of a rebirth in the past year; recent releases from Metasplice and Hieroglyphic Being have come adorned with artwork worthy of the strange music these artists make, and the latest, from Container, proves a logical addition to the label’s exploratory take on techno. With a past history in the Rhode Island noise scene, it’s no surprise that Ren Schofield’s hardware-only techno should be so abrasive, but still, over two releases from Spectrum Spools, and now the Treatment EP on Morphine the artist has shown himself to have a fine understand of rhythmic mechanics – something particularly apparent during his storming live sets. “Treatment” itself has a surprising amount of funk in its otherwise robust scaffold, as does the rubbery “Obstruction”. It’s “Saturated” however that connects most directly with the furious type of techno so prevalent in the 90s; whether intentional or not, the 137bpm pace and storming bassline has connections to the faster form of techno that emerged in parallel to D&B in the UK back in the early 90s – the earliest Surgeon tracks on Downwards in particular. Container’s work may be less clinical, but the punk spirit is undeniably similar.

There are parallels with Container’s noisy take on techno in Ekman’s Reform, the first record from the Berceuse Heroique label. Hailing from the Netherlands, Ekman obviously has no connection to any US scene, but his brand of crusted electro has as much common with Container as anything from The Hague. Although many who bought the label’s debut release would perhaps have been most interested in DJ Sotofett’s slow motion cosmic dub remix (which may as well be an original given how many of the source track’s components are identifiable), it’s Ekman’s original which holds more interest for me. Its impressionistic take on acid house sounds more like Gavin Russom’s work as Black Meteoric Star, or some of Perseus Traxx’s grainier productions, but with a ferocious elasticity, its bright synth tendrils emerging from some grubby hardware ether; like the recent tracks from Steve Summers however, there’s a hint of fluorescent colour to “Reform” that elevates it above most hardware techno sludge. With future releases from Gesloten Cirkel, and Brooklyn techno producer L’estasi Dell’oro – remixed to savage effect by Unit Mobius Anonymous and Shitcluster – Berceuse Heroique looks to be a label worth keeping an eye on for those who like their techno bleak and uncompromising.