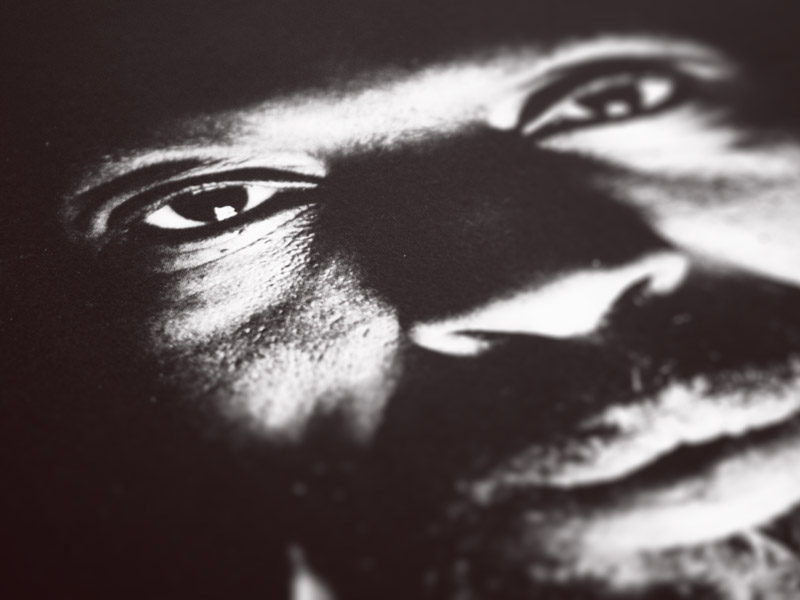 This week saw Pépé Bradock take a rare foot outside of his Atavisme label with a new record on the Acid Test imprint.

A sublabel of Los Angeles-based Absurd Recordings, Acid Test are renowned for getting a host of names to explore the 303 sound in interesting ways, and Pépé Bradock’s offering is perhaps the label’s best yet. Both “Lifting Weights” and “Mujeres Nerviosas” were produced and programmed in LA, but subsequently “assembled” in Bradock’s hometown of Paris and bring the kooky production eccentricities of the adored Frenchman to the fore. Some significantly more straight up hose music came from Italian producer Simoncino, whose double 12″ of Chicago-leaning house on Mathematics entitled Open Your Eyes also featured mixes from Ron Trent and Dream 2 Science. Something with a little more grit was provided by Analogue Cop Lucretio’s new Warm Sounds 12″, with a combination of slamming drums, ear-shattering claps and filtered melodies sitting alongside some more experimental cuts; though the rawest house record by far was from Perseus Traxx, whose latest Bunker release provided eight tracks of jacking hardware house.

The usually barren wastes of disco-inspired music were remarkably fertile this week, with recent Juno Plus podcaster Tornado Wallace debuting his Coober Pedy University Band project on Kinfolk, with the four track Moon Plain EP drawing upon Italo synths and mid-tempo Balearica as inspiration, combining groggy atmosphere and downtempo beats. On a similar tip was Black Merlin, who followed up his recent Bird Scarer 12″ with a record on Mike Simonetti’s New Jersey, with Salute To The Light mining dark, slow 80s synthpop for inspiration; more upbeat fare could be found in the form of Rory Phillips’ fourth volume of Mixed Fortunes (replete with a L-Vis 1990 collaboration), and the second release on former DFA man Justin Miller’s Have A Killer Time imprint, with John Camp’s Credit Default Swap filled with popping basslines and futuristic instrumentation.

The bass offering this week was as diverse as last, with the highlight undeniably being the first of a series of white label releases from Randomer’s new imprint. Like his recent output for Hemlock the four tracks fuse breakbeat, techno and acid into something undeniably raucous, but with enough intelligence to set it apart from the mindless competition. Similarly unhinged, was the new Hotline Recordings 12″ from Lurka, featuring two tracks of crazed 175BPM halfstep, filled with Hoover bass and vocoder textures, while more Bristol business came on the Peng Sound imprint from Young Echo member Ishan Sound, with soundsystem veteran Ras Addis’ voice offering some commanding, authoritative words on justice and equality atop the unforgiving rhythmic work of the producer. Finally, the Sepalcure duo of Braille and Machinedrum returned to Hotflush with more of their unique blend of footwork, house and dubstep, with the Make You EP featuring the adroit drum programming heartbreaking melodies, chopped guitar cuts and infectious tremolo vocals of previous Sepalcure output.

This week’s techno offering was also considerably more varied than it has been of late; top of the list was San Francisco artist Vereker’s second EP of grubby, industrial acid techno for L.I.E.S., perhaps more immediately enjoyable than the first. Similarly raw was the latest release from John Swing and EMG’s Vinalog project; providing perhaps the finest record to date from the Relative camp, Frames is filled with growling basslines, rugged, staggering drums and dirt caked percussion. At the opposite end of the spectrum was Skudge Records’ latest transmission, featuring the return of fellow Swede MRSK to the label; “Venger” is the kind of wiry, free-flowing techno he’s so adept at, but “Image Ctrl” throws a curveball with its 90s house influences, Latin percussion and rave whistles. However, this was nothing compared to the otherworldly tones and threadbare rhythms employed on Spoock, Lakker solo project EOMAC’s latest release on Berlin’s Killekill.

The biggest album of the week was undoubtedly Shaking The Habitual, the long-awaited return of The Knife; although undeniably one of the year’s most ambitious albums, there were plenty of other experimental records this week just as worthy of our time. Light Sounds Dark continued their endeavours to document amazing gems from rare cassette tapes and limited pressings with the Dark Matters Too compilation that lined up 13 tracks of obscure dark wave, primitive electro and cosmic slop. Mark Fell returned under his Sensate Focus moniker for another pair of house music deconstructions, while the Old Apparatus-helmed label Sullen Tone introduced a new name in the form of Khing Kang King. A newly formed duo of Old Apparatus member LTO, who was responsible for the incredible Realise EP, and cerebral UK rapper Mowgli, IAO is a bold interpretation of hip hop. It’s something that sits comfortably in tone to Answered, the new EP from veteran beatsmith Kelpe on the producer’s freshly minted new label Drut.