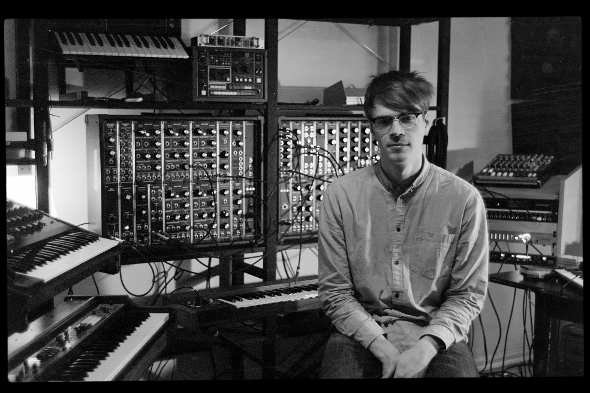 Full Pupp invite you into the world of another aspiring homegrown talent with the debut album from the unheralded Andre Bratten.

The cheekily titled Be A Man You Ant LP will be the first record – and album – for Full Pupp this year, after a typically busy 2012 in which Prins Thomas and Blackbelt Anderson long players surfaced along with numerous twelve inches. The Oslo-based artist is a product of his Scandinavian environment of synth pop and disco, churning out his seven-track Be A Man You Ant LP in the same studio space as Norway’s production royals Lindstrøm, Todd Terje and Prins Thomas.

Citing the likes of Led Zeppelin, Røyksopp, Metro Area and Brian Eno as inspirations, Bratten limited much of his production on Be A Man You Ant to one modular synthesiser. Relishing the constraints imposed on him, Bratten sculpts a varied array of squelches and gurgles alongside neon melodies and thrumming drum machines. A press release also states the Norwegian producer’s album is a rejection to the Scandinavian style of relaxed, steam bathed and scrubbed-up techno.

Full Pupp will release Be A Man You Ant by Andre Bratten exclusively on double vinyl May 6.