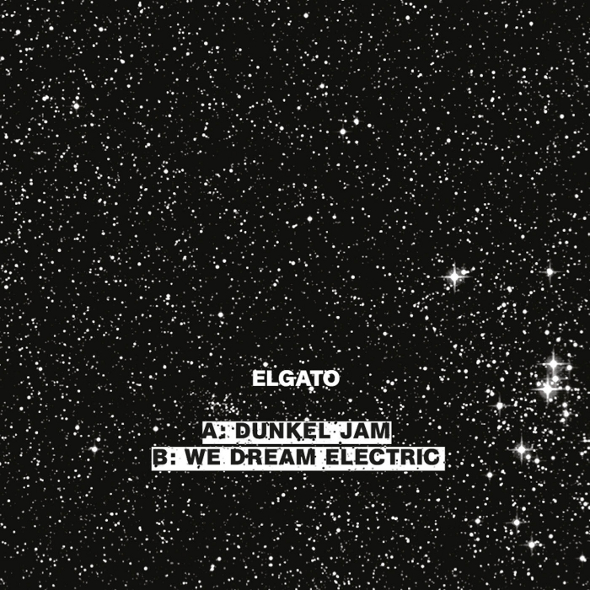 Hessle Audio regular Elgato is the latest producer to start his own label, kicking off with the much sought after “Dunkel Jam”.

Although not much information is forthcoming about the surprise new eponymous label, it looks as if the producer is following in the footsteps of the likes of Tessela and Randomer, who recently started their own low-key imprints on which to primarily release their own productions. The first 12″ contains two tracks; the jittery techno of “Dunkel Jam” will be familiar to those who have heard Ben UFO’s Rinse: 16 mix from 2011, while “We Dream Electric” sounds like an inverted version of his strung-out house track “Zone”.

One of the Hessle roster’s more enigmatic characters, Elgato’s debut, Tonight, released in 2010, signalled the start of the label’s move towards slower tempos, something that continued on “Music”, his contribution to the Hessle Audio compilation 116 & Rising. Last year he continued his striking house experiments with the Zone/Luv Zombie single, which combined the kind of chest-rattling sub bass you’d expect to hear at DMZ at modest sub 125BPM tempos.

The 12″ should appear in stores later this week; those wishing to hear a preview can do so here.

Dunkel Jam by Elgato will be released on 12″ this week.