Torn Hawk’s “This Is Crime & Lace” gets visualised 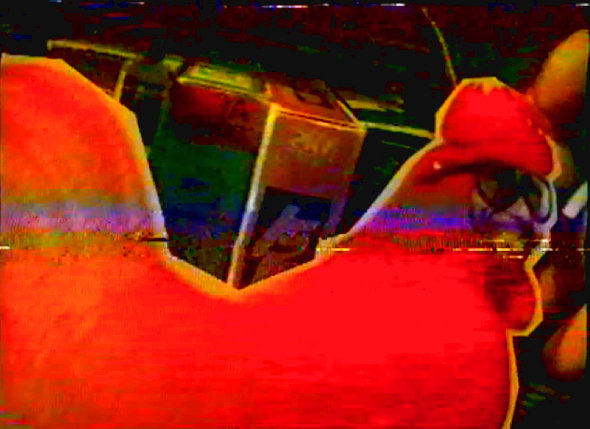 Luke Wyatt mops up a smorgasbord of cutout 90s VHS imagery on the new video for his Torn Hawk contribution to the American Noise compilation.

Of all the tracks L.I.E.S. chose for the double disc American Noise compilation, “This Is Crime & Lace” perhaps evoked feelings closest to the compilation’s title; in the track Wyatt unravels a nine minute barrage of abrasive industrial textures over a lolloping beat that takes on human qualities, as if there was someone trapped deep in his machinery screaming for help that never arrives.

You might say a video for the track is somewhat late, but Wyatt has been busy doing other things recently, and his visual work is always equally interesting to indulge in. Stylistically consistent with previous videos, its core concept is a journey through what we assume is Wyatt’s own collection of VHS classics. Cutting between shaky handheld camera footage and saturated stills from the films themselves, Wyatt weaves this melange of imagery in a manner that remains in sync with his musical production, with plenty of other visual paraphernalia thrown in for good measure.