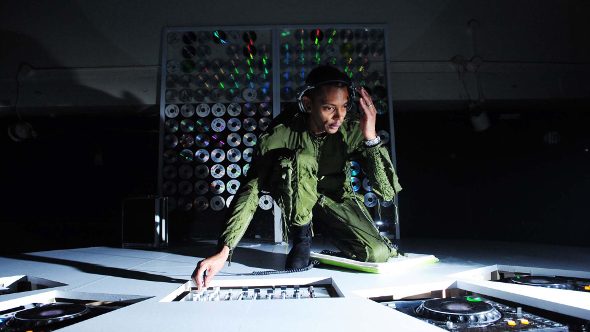 Former NASA astronaut Mamoru Mohri is amongst several individuals who contribute to a forthcoming album from Jeff Mills.

Entitled Where Light Ends, the double CD album will be released via Mills’ Axis Records imprint with the exact nature of Mamoru Mohri’s input yet to be fully disclosed. Mills explained to Resident Advisor that “Where Light Ends refers to the areas in space that we’re not able to see or understand”, and it was inspired by Mohri’s debut trip into space in 1982, one of two space missions the astronaut undertook. The album will also feature tracks and remixers from several noted compatriots of Mohri including R&S stalwart Ken Ishii, Moon Age label owner DJ QHey and Perc Trax and International Feel artist Gonno.

An accompanying comic strip for the album comes courtesy of Kenny Keil and Gustao Alberto Garcia Vaca, adding more narrative to Mills’ long-running fascination with space travel. A release date for Where Light Ends is yet to be announced, with Mills also readying the release of his Jungle Planet LP as well as an eleventh volume of his Something In The Sky 12″ series.