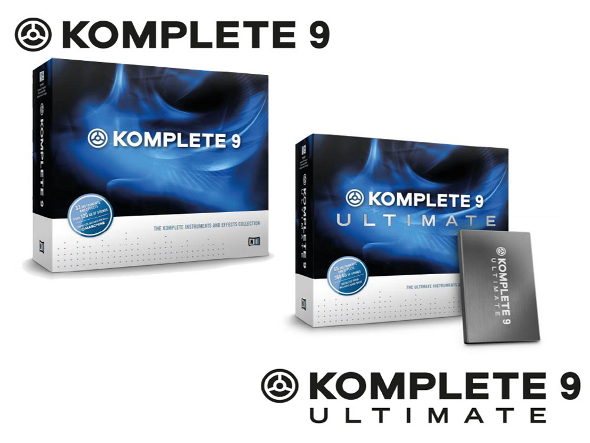 Native Instruments have announced the arrival of the robust new Komplete 9 software package.

However, the big draw with this new version are the new additions. Komplete 9 debuts two new synths; the analogue modelling Monark and part-sampler part-synthesiser Skanner XT, while Native Instruments also bulks up its offering of cinematic instruments by adding Action Strings, Damage, Evolve and Session Horns to its previously modest orchestral pit. Six new dynamics and effects processors have been added to the already extensive range, while Komplete’s acoustic arsenal receives more rumbling power with the inclusion of the powerful Scarbree Rickernbacker (modelled on the Rickernbacker 4003 guitar) plug in and The Giant plug in – described as “the sound of the world’s biggest upright piano”. Others will be happy to hear that Komplete’s in built drum station Battery, now at version four, comes stocked with even more library sounds and a facelift suggestive to workflow enhancements.

Although Komplete 9 comes with a whopping 12 DVDs, the Komplete 9 Ultimate package comes loaded on a USB 2.0 drive; those wishing to preview its additions can do so via the video below.