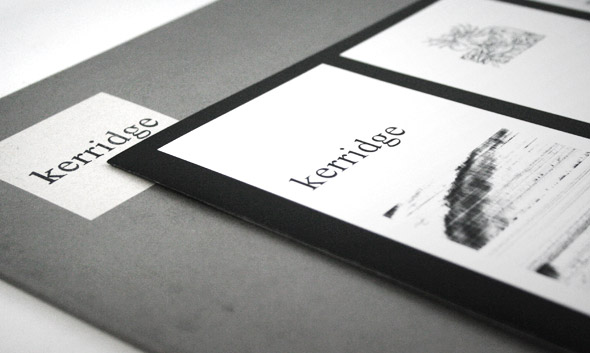 Bleak sounds were the order of things this week, as eagerly awaited records from Samuel Kerridge, Shifted and Prurient all headed up the best releases.

Top of the pile this week was Waiting For Love, the Downwards debut of Samuel Kerridge. Since his debut on Horizontal Ground last year, Kerridge’s muddy form of submerged techno has won many fans, chief amongst them Regis, who has bagged one of the most impressive Downwards releases in some time; mastered by Russell Haswell, it comes in four parts which run the gauntlet between searing noise, threatening techno and organic drone. Blackest Ever Black also released Through The Window, the latest transmission from Dominick Fernow’s Prurient moniker, seeing the predominantly noise based alias showing his “affection for European techno forms”, with the euphoric “You Show Great Spirit” providing a surprisingly bright production. Shifted also made the return to his Avian label with The Cold Light Part 1/2, two expertly forged rhythm tools with the producer’s usual standard of textured nuance.

Powell’s latest also had us excited, with his Untitled release for The Death Of Rave finally arriving and providing one of the year’s highlights so far. His releases for Diagonal Records have turned him into something of a cult figure straddling the divide between industrial, post-punk and techno, and EP highlight “A Band” is the kind of chugging punk-funk stomper that you could imagine turning up on a mix of 80s obscurities selected by Trevor Jackson. On a similarly industrial tip was the debut release from Acteurs on the consistently excellent Public Information label, whose irregular beat forms and grimy textures recall Throbbing Gristle by way of NYC no-wave.

This week also saw the release of the first record on Fabric’s new in-house label Houndstooth. Tapping up the unique talents of the Berlin-based producer Call Super, The Present Tense is a varied journey into crystalline techno forms, with the heaving bass driven stomper “Threshing Floor” being joined by the very Actress-like electronica of “Leosengor”, and the cosmic 2-step of “No City Of Choice” going together to make an EP that truly marks Call Super’s arrival as a producer of significant talent. Meanwhile Maxmillion Dunbar’s long awaited House Of Woo arrived on RVNG, delivering a varied long-player full of imaginative house forms and sparking E’d up melodies, a palette only matched this week by Antoni Maiovvi’s Robocop ode Delta City, which provided the kind of effervescent Italo production Maiovvi is known for.

The deeper side of things was also well represented this week, with a bold debut from the unheralded Vester Koza standing out for praise. His smooth hypnotic grooves came with touches reminiscent of Levon Vincent and Kassem Mosse; dubby, motorik and tense, it marked Koza as one to keep an eye on. On a similarly dusty tip was the latest from DJ Jus Ed, whose Dum Jams offered a swiftly delivered riposte to Dope Jams, having been included in the latest end of year diss list from the New York record store, who ironically enough closed before this record could be released. Similarly accomplished was the latest album from Trus’me, with Treat Me Right delivering some deep, hypnotically penetrating grooves, and Parris Mitchell, whose first new material since 1997 on Deep Moves combined ghetto house rhythms with some intriguing dub techno textures.

The debut album from Amsterdam duo Crystal Maze provided a different kind of depth, with Enter The Maze offering a dark edged manipulation of analogue techno; “Slow Swirl” sounds like Drexciya taken down to a lumbering, mid-tempo groove, “Indian Tape” combines rubbery, ghetto house textures with swelling deep house chords, while “Mirrors Chamber” comes across like the sub aquatic dub techno of Porter Ricks. A similarly deep techno record came from the anonymous A Sagittariun, whose Transparent Mind EP was probably their best work to date, with the rolling jungle breaks of “Eye Against Eve” bringing something quite different to the standard deep techno template.

This week’s digital releases were led by the latest Space Dimension Controller release. The Welcome To Mikrosector-50 EP provided a collection of deleted scenes to herald the producer’s debut album of the same name, with tracks influenced by the likes of Model 500, Egyptian Lover, and even Brian Eno. Coming a close second was the first full release for Samoyed on Jacques Green’s Vase label, with “Sloe Eyes” bringing an energetic, ravey streak to his more typically mellow output, and “Guts” combining a lilting loop of melancholia, a rugged beat and prominent bass ass-wiggling dirt with the wistful; Wen’s Keysound debut also provided a sturdy four tracker of the most fearsome kind of dubstep, working in the fertile 130bpm zone label head Martin Clark is so fond of right now. These were joined by a well deserved digital outing for A Made Up Sound’s most recent battle weapon, ESP releases from Tornado Wallace and Pharaohs, the new album from Mano Le Tough on Permanent Vacation and the debut long-player from Stroboscopic Artefacts duo Dadub.