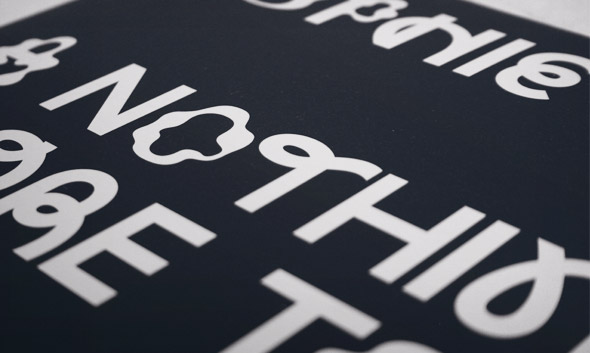 It seems almost impossible to go through seven days without the arrival of another Danny Wolfers track at the moment, and true to form, another 12″ arrived from the producer this week on Unknown To The Unknown.

Given the label’s past contributions from electro royalty such as DJ Stingray, Heinrich Mueller and Cestrian, Star Gazing proved an ideal fit amongst the bassier fare the imprint also represents, and ranks alongside some of Wolfers best work of late with the deeper Chicago groove of “Visions In My Mind” fitting nicely between two electro jackers.

However, perhaps outmanoeuvring the Dutchman at his own game this week was Scottish producer Lord Of The Isles, whose Shevchenko debut ventured into similarly impressionistic Chi-house territory as Legowelt, with the swirling, nebulous chords of “Elgol” joined by loosely jacking drums and gentle acid textures. Jacking was a theme continued through Perseus Traxx’s return to MOS, with Tales From The Night Sky Part 1 taking his sound into classic Bunker territory and offering some of the producer’s most blistering material to date, with the likes of “Gorgon” and “Poseidon’s Monster” sounding as menacing as the names suggest, working his analogue hardware to the max with bubbling acid textures and granite beats.

This sat well alongside the other fine techno releases this week; Tresor revived their Archiv series with two classic Juan Atkins cuts, but it was the Time Dilation EP from Conforce on Delsin that provided the week’s best example of the genre, with “Last Anthem” providing a certified banger, combining ethereal ambience alongside prickly staccato stabs and an insistent kick drum that could almost be described as ghetto house-inspired.

On a slightly less severe tip was Beats & Pieces Volume 1, the return to Skylax of Jason Grove, filled with six new productions that explore his tendencies towards house of the smoothed out and hands aloft types, with heated peak timer “Track 9” and the seductive deepness of “Balance” standing out. Kai Alce also returned to NDATL with a more soulful house offering in the form of “Olmec Save Us”, with Alce’s typically classic house style joined by velvet R&B vocals from Donnie, while a similarly smooth offering came from the first fruits of Joakim and Kindness’s Everyone project. Meanwhile the first release from Let’s Play House spin off Goodnight Moon saw the unknown Almost deliver the menacing bass rub and light Detroit chords of “Sandy” and the deep dancefloor jam of “Bop” which offered some slightly darker NYC flavours.

However, for sheer dancefloor abandon, the best record this week was the long-awaited debut from SOPHIE, whose mega-hit in waiting “Nothing More To Say” finally landed on Huntleys & Palmers. Beloved of the likes of Actress and the Numbers crew, it combines a lysergic UKF inspired melody with a firm 4/4 beat which sits refreshingly outside of the current trend for monochrome, bass heavy house. Another similarly colourful set of tracks could be found on a pair of remix EPs for FaltyDL’s album highlight “She Sleeps”. While the glistening original provided obvious single material, the remixes from Ital, Gang Gang Dance, Martyn and 2000Black all covered expectedly diverse territory. The ever impressive Local Action also continued their commitment to keeping proper garage alive, as DJ Q’s Trust Again finally arrived on vinyl, while those looking for more contemporary bass music forms should check the debut release from Boxwork on LNUK, with the tropical juke stylings of “Barntom” standing out for particular praise.

This week’s helping of experimental music meanwhile came from two very different labels. First Vlek delivered more hazy, downtempo beatwork from label regular Squeaky Lobster, with the Killing Eleven EP standing out as some of his finest work to date. Happily weaving between dreamy orchestral moments and crunched up hip hop beats that sound like Dilla set in concrete, there’s a bottom heavy aesthetic throughout that gives the Lobster a distinctive swing. Meanwhile, ace US imprint Further came through with a number of titles, with Red Math’s Obsolete Systems featuring a churning array of gurgling analogue bleeps, squeaks and flourishes, and Innercity’s A Lion Baptism exploring hazier electronic textures.

In the digital realm this week, rising Dutch imprint Audio Culture presented their latest release from drum & bass turned techno proucer Nphonix, who plies a similar trade in disorientating sonic clutter as Gerry Read’s disassembled house, but with a more militant garage rhythm underneath his dubby scrapes and swells. The Icee Hot party turned label also came through with the slo-mo skip of Grown Folk’s “The Boat” and nebulous house of “Keep Me Near” remixed to fine effect by the Dance Mania style weirdness of Gerd and the contemporary bass techno of Ghosts On Tape. These were joined by a host of fine titles making their digital debuts, including the chopped and screwed techno of Actress’s Silver Cloud, the grime coated techno abrasions of Bandshell’s Caustic View, and Peverelist & Kowton’s superb “Raw Code”. A long overdue digital release was also given to Gifted & Blessed’s Eglo 12″ as The Abstract Eye, filled with the kind of kaleidoscopic bursts of colour and resonant machine funk that have make his music so unique.