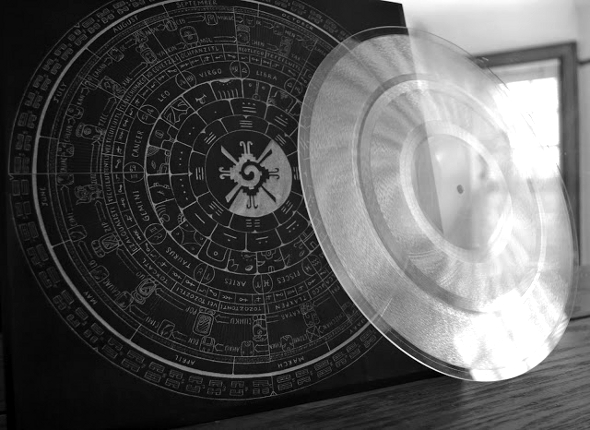 Kyle Hall’s Wild Oats will soon be releasing the next EP from Gifted & Blessed under his Reflektor moniker – hear the results in full here.

While some may have seen the end of the world on December 21, 2012 – as prophecised by the ancient Mayan civilization – as a more likely event than the arrival of a new My Bloody Valentine album, here we are in 2013, clinging on to this still-spinning rock with only a new My Bloody Valentine album for solace. Those who care little for Kevin Shields’ latest however may be more enamoured with the new release from Gabriel Reyes-Whittaker, the producer best known as Gifted & Blessed who will adopt his little used moniker The Reflektor on Wild Oats.

As previously reported, Las Ruinas Mayas is intended as “a tribute to one of the most astronomically, mathematically and architecturally advanced civilizations in the history of planet Earth” with each track “a tribute to one of the many Mayan spiritual sites known to date”. Although the music may not necessarily give away such influences, its as superb a combination of hip-hop, electro and house as his previous offerings, with a suitably dusty feel that makes it all the more appropriate for a home on Wild Oats.

Although the initial run of highly bespoke special edition releases pictured above have sold out, Wild Oats are preparing a full run of standard 12″s and have made the release available to listen to in full.