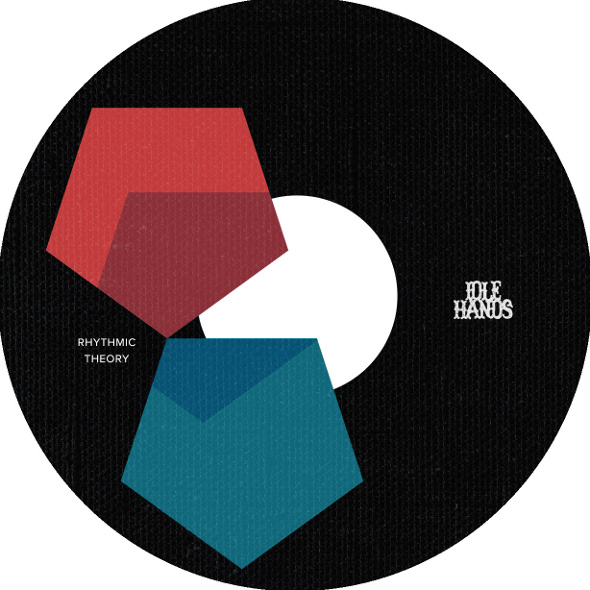 Bristol’s Idle Hands have welcomed another local name into their fold, this time the up and coming techno talent of Rhythmic Theory.

The producer debuted last year with Twilight Distinction, a release for another local label in the BRSTL imprint that showed the producer to have a knack for creating deep, viscous loop techno in the Skudge mould; the Echo Vibe 12″ followed on his own eponymous label, showing off two more dark, analogue grooves with a house sensibility.

His Idle Hands release looks to be something a little different; the label describe the two-track single as “deeply indebted” to jungle and D&B, with the “visceral feeling of chest rattling bass” being an important influence on the productions. Although the hardware created loop structure is still evident, “Land Of The Lost” fleshes out its deep techno skeleton with powerfully oscillating low end, while “Riveted” takes a syncopated, shackling rhythm and combines it with cavity-vibrating, jungle-inspired sub-bass; clips of both can be streamed below.

Idle Hands will release Legacy Of The Lost/Riveted by Rhythmic Theory on 12″ vinyl on March 11.