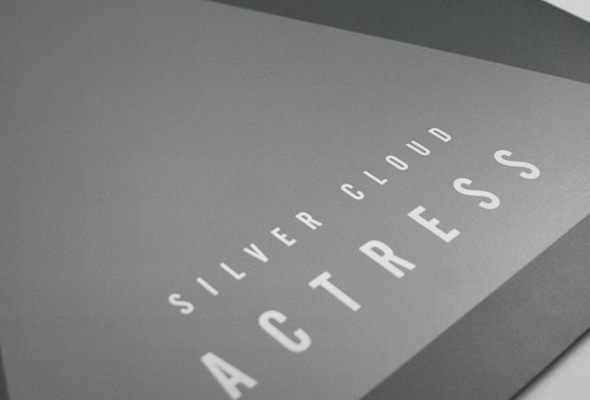 It might have been something of an unofficial week of cassette related features at Juno Plus, but that other supposedly redundant format proved itself to be in rich health too.

Top of the pile undoubtedly was Silver Clouds, the first Werk Discs released material from Actress in some five years; the rather sleekly finished 12″ arriving after Werk Discs slipped out a smattering of hand stamped white labels unannounced late last year. With those editions currently racking up the obligatory sky high Discogs prices, this full release is all too welcome and perhaps offers some degree of insight into the much mooted sequel to Hazyville that Actress has apparently been working on.

Although Beats In Space’s Tim Sweeney may have been occupied with interviewing Victor from Washington Heights this week, he still found time to put out their second release from Secret Circuit. Having helped establish the Beats In Space label last year Eddie Ruscha Jnr returned ahead of a new album for Tim Sweeney’s label and Afterlife has us in eager anticipation. Ukrainian hero Vakula proved an inspired choice of remixer, turning the title track into a low-slung dusky house gem.

Fellow New York label ESP Institute also offered a strong first hand for how the ensuing year will unfold for them, brandishing two superb debuts from opposite ends of the globe. Australian Tornado Wallace has been regarded M.I.A. for all too long, and his return with the deftly punned Thinking Allowed 12″ demonstrated a keen development in his well loved sound (and some well groomed facial hair if the cover art is any indicator) Traversing BPMs with aplomb, the three tracks have Wallace showing off his talent for starry eyed arpeggios. Complementing this, LA based trio Pharoahs also joined the ESP family with the equally accomplished Island Time with closing gambit “If It Ever Feels Right” in particular standing out, not least because the 130bpm+ production goes as hard as anything you’d imagine on an ESP Institute release.

Speaking of going hard, Glasgow label Dixon Avenue Basement Jams continued where they left off in 2012, securing some more heat from another unknown quantity in VernoN, Crackboy returned to I’m A Cliche in typically deranged fashion with the triple hitter Crackwood (check the last track for what’s best described as the Gallic cousin to Funkineven’s Apron output) and the excellent Echovolt label welcomed Dutch producer G-String into the fold with the Burial Ground EP. More commonly known for his role in both Crystal Maze and R-A-G, Poortman impresses here with two tracks of varying style; one 808 heavy and the other notable for some African percussion, whilst extra kudos should be given for the superb D’Marc Cantu remix that closes the release.

Stroboscopic Artefacts offered their first release of the year; heralding the soon to be released debut album from Dadub was Preternity, a collection of remixes from some of contemporary techno’s finest names; although all offerings were excellent, we were struck by Lucy’s pleasantly functional remix to “Death”, and  Irish duo Lakker’s remix to “Path”, which delivers some spaciousness and industrialism to Dadub’s often busy and syncopated arrangements. Another clutch of big techno names came on the latest release from Martyn’s 3024, with the three track Dovercourt sampler that shining the light on the talent bubbling in Canada right now, securing original productions from recognised names like Kevin McPhee, Nautiluss and Gingy (no Bordello) The skewed take on techno that’s currently so popular right is evident across all three tracks with McPhee’s “Version 5” a searing delight. Brooding releases from Inigo Kennedy on Token and NX1 on M_Rec rounded out another excellent week for techno (and that’s not counting the swiftly sold-out fifth release from Shed’s WAX alias).

In the digital realm, a clutch of remixes of Youngstar’s grime classic “Pulse X” headed this week’s bass releases, with Visionist’s subtle touches of weirdness around the edges and Local Action’s grime enthusiast Slackk’s tribal flavoured fervour standing out. Perc Trax kicked of 2013 with their first release of the year, Mick Finesse’s The Disaster Began During A Systems Test, a typically excellent crop of techno productions characterised by their pummelling broken beats, juggernaut grooves and shredded percussion.

Those looking for severe sounds were well catered for, with Blackest Ever Black duo Dalhous releasing their excellent Mitchell Heisman debut digitally. Picture a Coil remix of Boards of Canada and you’re in the right frame of mind for opening track “You Don’t Know What You Want, Do You” which presents a finely judged balance between sample based atmosphere and juddering beats, whilst “Success Is Her Sensuality” is a wonderful swelling mass of sonic chaos. The ever-prolific Hospital Productions also offered a diverse selection of noise and ambience with releases from Prurient, Kevin Drumm and Lussuria making it from tape to MP3.

Kompakt’s latest Pop Ambient offering also arrived; presenting yet another year of the more reflective end of the Kompakt sound world, the 2013 edition invited both label favourites and new additions to offer a soothing ambience to tickle at your synapses. Of all the inclusions, Wolfgang Voigt is, as ever, unmatchable in his regality both remixing Michael Mayer and offering his own, orchestra-fuelled study in haunting, shapeless dynamics. For those looking for a long-player a little less meditative, albums from Toro Y Moi, Nosaj Thing, and Ben UFO in the form of his banging Fabriclive 67 mix rounded out the best of this week’s digital selections.