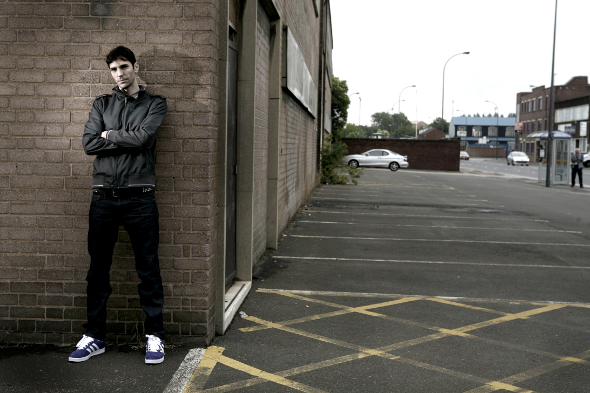 Dolly Dubs launched in relatively low key fashion late last year, with Swedish producer Staffan Lindberg at the helm for a debut release having previously remixed label boss Steffi to widespread acclaim. A rather vague statement to “widen the spectrum” was given as reasoning for the new label and Lindberg’s four track Art Of The State EP did successfully offer a brighter, more chord driven sound in comparison to the stripped back, raw take on house and techno that has characterised output on Dolly from the likes of Dexter, XDB and Jared Wilson since it was established in 2010.

The addition of Steffi’s compatriot Martyn is however big news, with the three track Newspeak EP the Dutchman’s first proper release since Hello Darkness, the 12″ single that bookended his album for Brainfeeder in March of last year. Long term devotees of the 3024 boss’s output should be familiar with the sub heavy snap of the title track which featured on his Essential Mix for Radio 1 last Spring, whilst lead track “Oceania” is a rolling, broken treat.

Dolly Dubs will release the Newspeak EP by Martyn in late February.