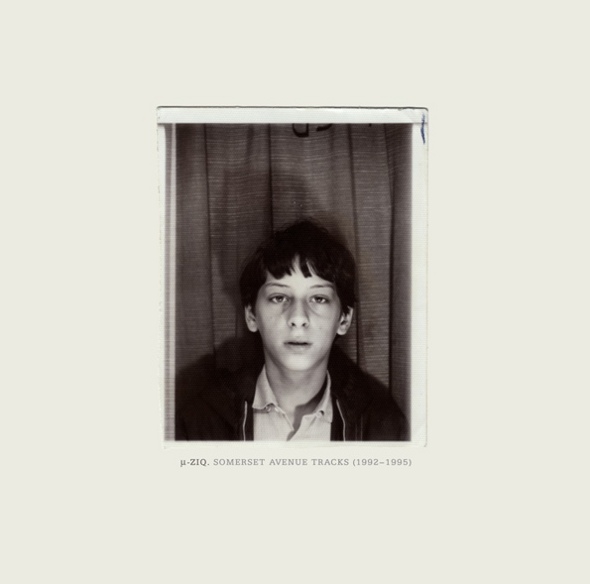 Paradinas has been a hugely influential figure in Britain’s experimental music scene for some two decades as both a producer and label boss. In recent times he’s been praised for his tireless championing of Chicago juke, offering the offshoot of ghetto house a global stage by releasing the Bangs & Works compilations and albums from the likes of Traxman and Young Smoke, but in reality it’s just the latest chapter in a career that’s been defined by promoting esoteric electronic music. Under his stewardship, Planet Mu has amassed a wildly diverse and voluminous back catalogue that has explored everything from breakbeat and drum and bass to house, noise, electro, dubstep, trip hop, garage and breakcore.

Somerset Avenue Tracks (1992-1995) has been curated by his wife and partner in the band Heterotic, Lara Rix-Martin, and charts the early musical experiments of Paradinas under the µ-Ziq alias. A press release for the album suggests it “runs the gamut of his various styles from the placid, evocative ambient Rhodes of “Air” to the syncopated industrial techno of “Toy Gun #2”. The album will be a vinyl-only affair limited to 300 copies, with those who make the purchase rewarded with a download card for Somerset Avenue Tracks Vol 2, a 12 track digital addendum to the main release. You can stream “Green Lanes”, a remnant from an early 90s Peel Session that is set to appear on the album, below.