Launched earlier this year, the sub-label was founded in order to release remixes of original material that has appeared on Ostgut Ton, as well as music from “befriended artists and one-off projects”; the debut EP from Manhooker, entitled Wheels In Motion, falls under the second category. Comprised of producer Guiddo and vocalist Mavin, Manhooker’s music looks to be words apart from the stern techno Ostgut Ton often release, being described by the label as a “merry world of post-disco and proto-house, mirror ball fantasies, baby powder dreams and rays of sunshine”.

Fans of Massimiliano Pagliara might recognise Mavin, who sang on “Fade The Light” from Focus For Infinity, the Italian’s 2011 LP for Live At Robert Johnson, but little is really known about his Manhooker project with Guiddo. They were supposedly brought to the attention of Ostgut Ton by nd_baumecker (himself responsible for one of our top albums of 2012 alongside production partner Barker) and the duo’s first release features two tracks, “Wheels In Motion” and “Club Anonymous”, both of which have been remixed by veteran Berlin-based disco producer Rotciv.

Ostgut Ton will release Wheels In Motion on 12″ and digital formats on January 21, 2013. 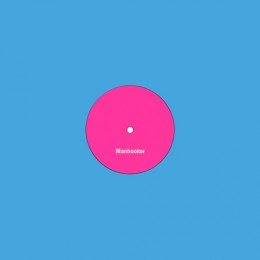