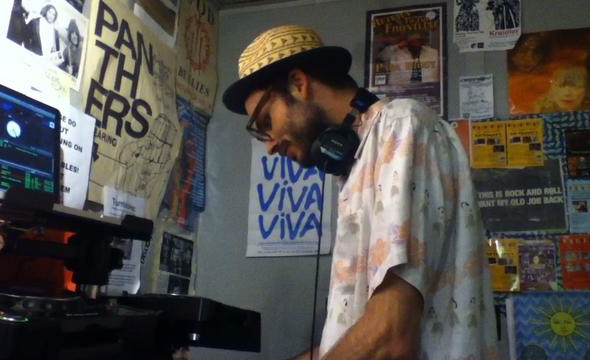 Joakim and bonafide popstar Kindness collaborate on the first release on Crowdspacer, a new vinyl only label helmed by the Tigersushi boss.

It is sometimes said that the way into a Frenchman’s affections is via his stomach, and it’s certainly the case here as Kindness’s Adam Bainbridge and Tigersushi boss Bouaziz allegedly bonded over a mutual obsession for food after meeting in Paris while the former was recording the widely acclaimed debut Kindness album World, You Need A Change Of Mind in Phillipe Zdar’s studio. This eventually led to the pair recording some music together, which will now appear under the Everyone banner, a collaborative project that will see them occasionally work with other artists, and see release via the Crowdspacer label.

Named in honour of the famous CRWDSPCR dance performance choreographed by American avant gardist Merce Cunningham, Crowdspacer will launch with Everyone’s No Time To Waste, a 12″ containing vocal, instrumental, Beats and beatless versions of the titular track which were recorded with the 909 assistance of a certain V. L’Traques, whose true identity is available for anyone with a fine grasp of using internet search engines.

No firm release date on this record but expect it to arrive to coincide with a worldwide Joakim and Kindness DJ tour in February and March of next year.