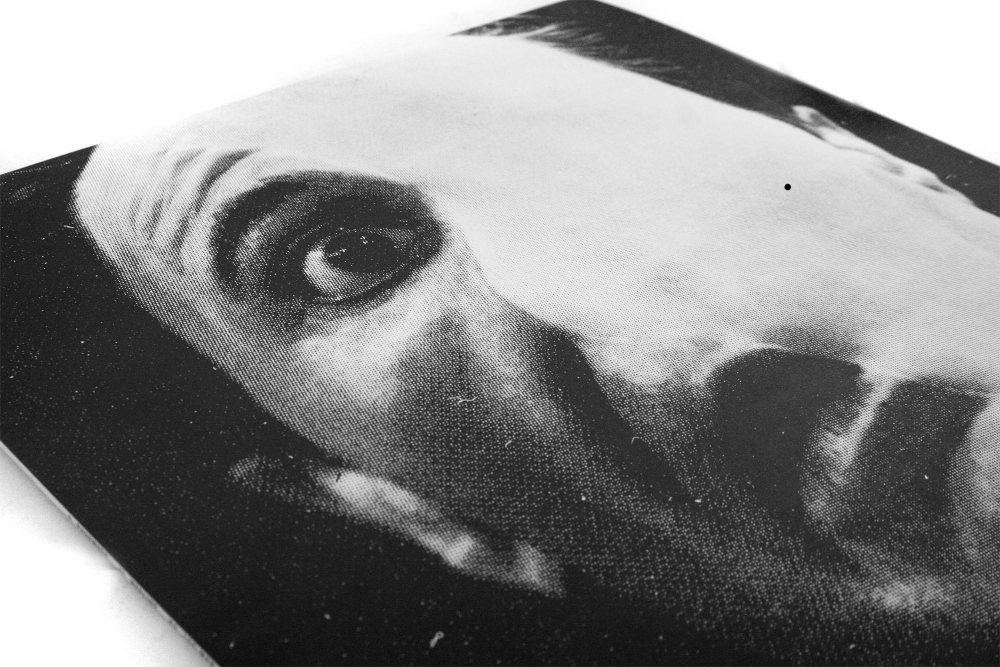 A slight delay in presenting the November edition of our monthly sleeve art revue doesn’t mean there was a lack of quality; in fact it was much the opposite.

Central to the appeal of The Trilogy Tapes run of twelve inches this year has been the distinctive artwork, each release adorned with the type of sleeve art you can immediately identify as Will Bankhead’s handiwork.Young Australian producer Dro Carey returned to the label last month under the Tuff Sherm alias with the Pharmacy EP and it was another stellar example of The Trilogy Tapes distinct approach; the dark submerged and at times abrasive house reflected in a slightly un-nerving screen printed photo still that evokes David Lynch’s masterpiece Eraserhead.

The Trilogy Tapes were chosen among our favourite labels of the year partly thanks to this fine artistic direction, and two of our other favourite labels in PAN and Public Information demonstrated their own flair when it comes to sleeve design with the Lee Gamble, NHK’ Koyxeи and Parry Music releases last month. When We Were Eating Unripe Pears, Bee Mask’s album for Spectrum Spools was not only one of our favourite long players, it also had the best title of the year and some wonderfully evocative artwork that mirrored the rich feelings of the music within. Equally striking was the sleeve for Quarter Turns Over a Living Line, Raime’s full length exploration of a new production approach, dancer Rosie Terry seemingly captured falling into the abyss at the moment before she realises her perilous destiny.

In contrast to those striking images, some records captured our attention thanks to vivid usage of patterns with the Redshape album, Public Information’s Parry Library Music compilation and a typically sumptuous Fudge Fingas ten inch from Firecracker being November’s best examples. For other labels, a more simplistic approach was adopted with art agency Will Work For Good excelling themselves once again on a RVNG Intl commision, using the Max D Woo 12″ as a black and white primer for the fully coloured fractal imagery that adorns the Future Times captain’s forthcoming album for the New York label. Noi No, the bewilderingly good new album on Sähkö from Madteo, placed some hard to decipher graphics from designer (and Sähkö boss man) Tommi Grönlund on its cover, offering a neat hint at the abstract nature of the music within, while the most ambitious release thus far from the SHEWORKS camp came housed in a sleeve that was almost velveteen in touch.