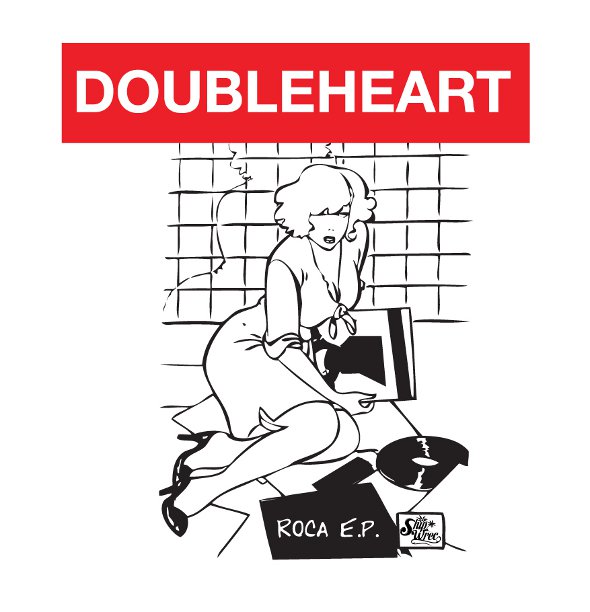 Both producers carry formidable reputations; JD Twitch is a globally respected DJ, one half of Optimo duo and label chief of Optimo Music, boasting a musical palette that puts most of his contemporaries to shame, while Landstrumm is best known for his visceral mid 1990s techno output but has also dabbled in hip-hop, dubstep and ragga. The pair premiered their joint project last year with “Roots”, a homage to Jamaican dub poet Michael Smith, and followed it up with the two track Salsa Apocalypso EP on Nonplus, which saw Latin sonic motifs mixed with decidedly grubby grubby elements of rave and techno.

Excitingly, “Roots” is now scheduled for release on the High Sheen label in 2013, but in the meantime the pair will release Roca on Shipwrec, a label that has put out material from venerable sonic explorer EDMX as well as a wealth of obscure Dutch talent. The four tracks further expand upon Doubleheart’s already adventurous musical remit; opening cut “Grosso” is a visceral slab of synth-drench electro, while “Crank” explores the nebulous realm of bass music and “Lizard” features the kind of sleazy undertones that would fit nicely into a Smagghe set. Perhaps best of all, however, is “Fuentes”, which sees African rhythms set against rugged drum patterns.

No word on a release date yet, but Roca will arrive in a printed disco sleeve and be limited to 300 vinyl copies.