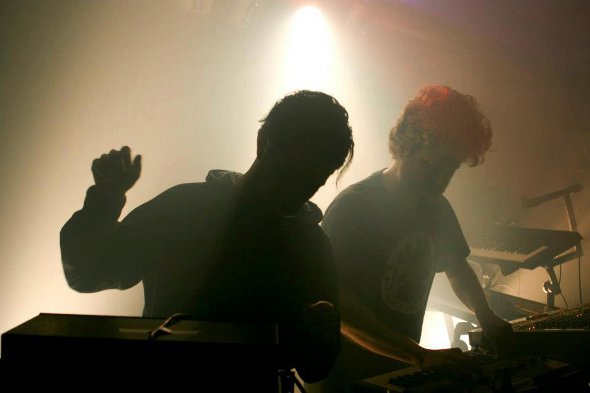 The track is set to appear on Unleash The Golem II, the second instalment in a four part EP series the Amsterdam based duo (aka Jordan Czamanski and Gal Aner) launched in 2011. Their inspiration for the project stems dates back to 2010, when they were commissioned to perform a live score for 1920 silent film Der Golem: wie er in die Welt kam. As its title implies, “Coffin Train” is a thoroughly unsettling listen, with live electronics contorted in cinematic fashion while an omnipresent acid line bubbles away below.

There’s no word on an official release date just yet, but “Coffin Stream”, which you can stream in full below, arrives with some simple and forthright instructions from Aner and Czamanski: “PLAY LOUD”.