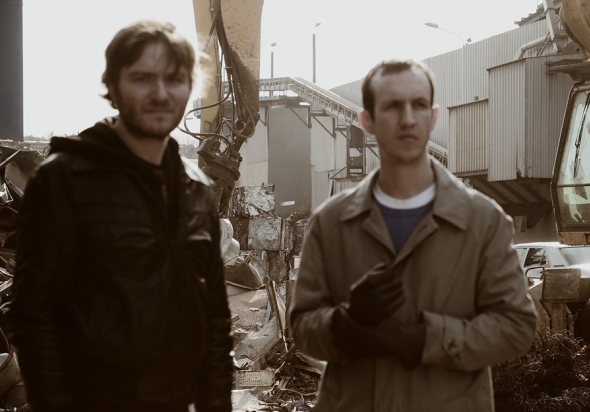 French duo Bot’Ox will unveil their second album Sans Dormir in an intriguing and expansive fashion.

Formed of I’m A Cliche label boss Cosmo Vitelli and Briff Records founder Julien Briffaz, Bot’Ox have always maintained a keen balance between dark atmospheric electronic music and a willingness to embrace catchiness that was perhaps best demonstrated on their debut album Babylon by Car where tracks such as “Bearded Lady Motorcycle Club” brushed up agains the wonderful “Blue Steel”.

Some two years on from that debut album, Vitelli and Briffaz have revealed their next long player Sans Dormir (which translates to “Without Sleeping”) will be released as six EPs – or “six volumes forming a single story” as they are being referred to  – with each surfacing every two months. Attempting to overcome the apparent contradiction between dance music and the album format seems to be a uniquely French concern this year, with I:Cube’s excellent M For Megamix the Versatile veteran’s answer, and while it’s not explicitly stated by the label, Sans Dormir seems to be a way for Bot’Ox to approach the issue that’s unique to them.

The first movement, Basement Love, arrives early next month, featuring vocals from Foremost Poets artist Johnny Dangerous, a Chicago native who has worked with the French duo previously and comes accompanied by remixes from Pachanga Boys, Richard Fearless of Death In Vegas fame and Cosmo Vitelli himself. The 12 minute remix from the aforementioned Hippie Dance duo is available to download for free ahead of release thanks to I’m A Cliche.