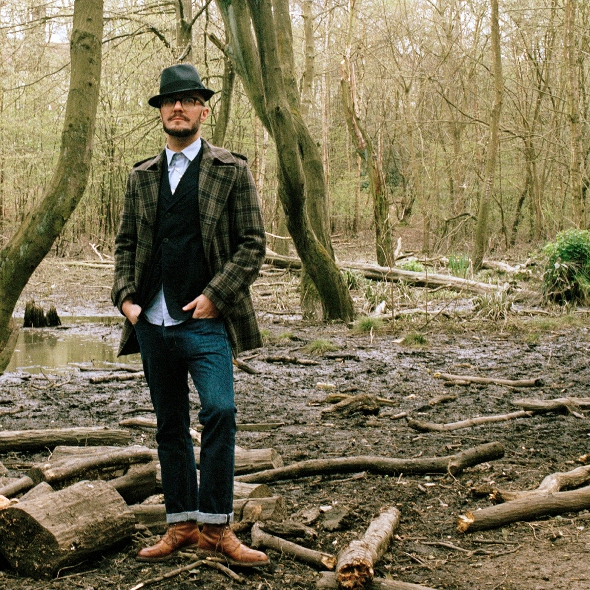 Dapper acid house casual Justin Robertson will return with his first full-length album in over a decade, with the news that Munich imprint Gomma will release The Pilgrim’s Ghost, produced under the The Deadstock 33s moniker.

Robertson has a multifaceted and illustrious reputation as a producer, remixer and DJ to call on, working under his own name and the Revtone and The Prankster aliases, as well as fronting Lionrock. It was under the Revtone banner that Robertson released his last full length album, Justin Robertson Presents Revtone, back in 2001 on the iconic London label Nuphonic.

Despite his Acid House pedigree, Robertson seems to have been creatively inspired by a slower tempo of late, emerging under the self-styled “rural backwater psychedelia” The Deadstok 33’s alias in 2009 on Coyote’s Is It Balearic label before striking up what’s been a mutually beneficial studio relationship with Dan Avery. Commencing when the producer was still using the erstwhile Stopmakingme name, the duo have worked together on releases that have graced Gomma Dance Traxx, Tigersushi, How The Other Half Lives and, most recently, Optimo Music.

Gomma are yet to announce full details of The Pilgrim’s Ghost beyond revealing that it is slated for release in March 2013. Preceding this will be lead single Underneath The Pines, which features remixes from Ewan Pearson and Disco Bloodbath, and is scheduled for release on Valentine’s Day.