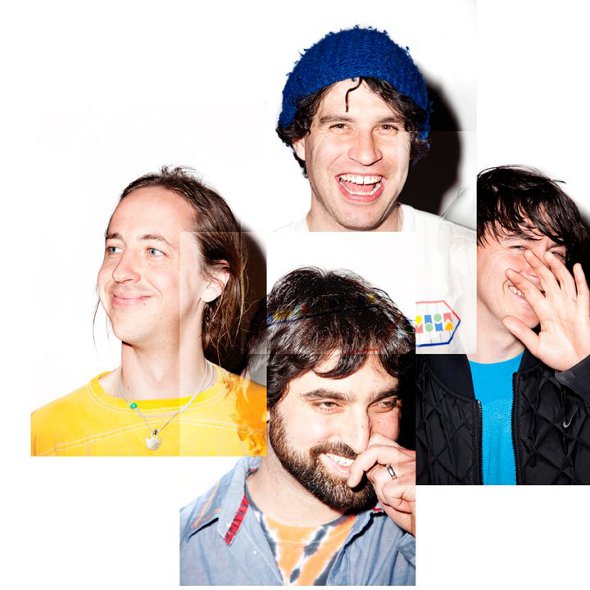 The first round of names have been announced for next year’s Field Day festival in Victoria Park, East London, with Animal Collective (pictured above), Four Tet, Daphni, Karenn and the Hessle Audio crew all confirmed to appear.

The festival, which will take place on May 25, 2013, is now firmly established as one of the most appealing options on London’s festival calender, with routinely well curated line-ups that focus on a mixture of underground electronica, leftfield pop and world music. In addition to the aforementioned artists, alt-pop chanteuse Bat For Lashes, Hudson Mohawke & Lunice’s TNGHT project, experimental synth trio Emeralds and Charlatans frontman Tim Burgess have also been confirmed, while Ethio-jazz legend Mulatu Astatke and Zimbabwean musician Thomas  Mapufo are among the more adventurous choices.

The announcement of Animal Collective however is the biggest drawcard so far, with the Baltimore based outfit set to make their first Field Day appearance, having released their latest album Centipede Hz earlier this year on Domino Records. Four Tet and Daphni (aka Dan Snaith) will both return after performing last year, while Blawan and Pariah will attempt to destroy whichever tent they perform in with their live analogue techno project Karenn. Hessle Audio co-chiefs Ben UFO, Pangaea and Pearson Sound are the pick of the DJ announcements so far.

You can view the line-up so far below – expect more artists to be confirmed in the coming months. Early bird tickets are available for £45 – buy them here. 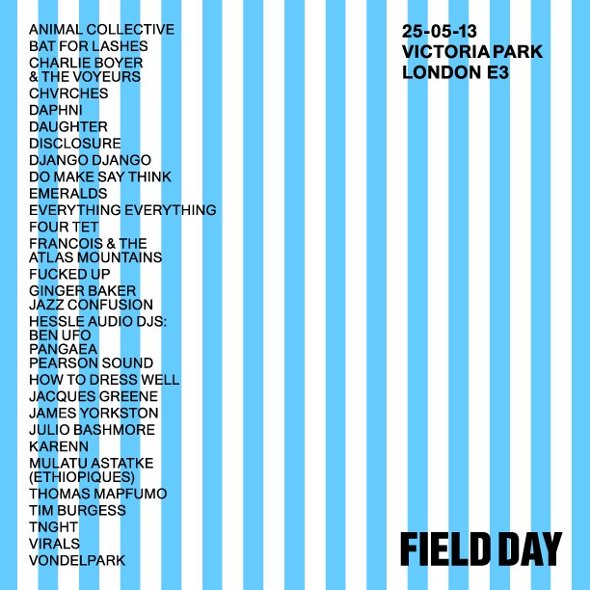