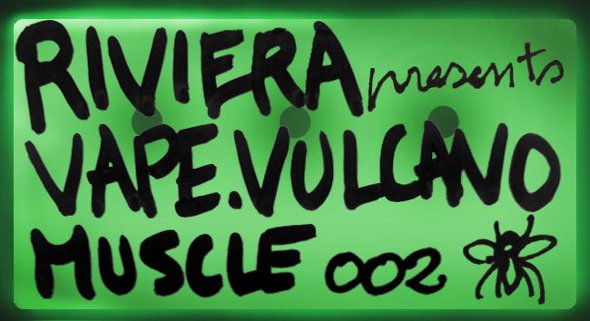 Italian vinyl imprint Muscle Records imprint has announced details of its second release, a split EP featuring a collaboration between Marco Shuttle and Perseus Traxx under the Vulcano moniker.

The A-Side of the forthcoming 12″ features two tracks from Vape, a side project of the Riviera outfit responsible for the label’s first release, SR 11. Meanwhile the B-Side will be populated by two tracks from Vulcano, a new project featuring Shuttle and Perseus Traxx (aka Nigel Rodgers). The former has been quietly cultivating a reputation with releases for the likes of Eerie, Serialism and Clone, while the latter has turned in 12″s for Boe, Bunker and M>O>S among others – he was also responsible for compiling a rather fine Juno Plus podcast last year. You can stream snippets of all five tracks below – on first listen the malevolent acid menace of Vape’s “Raid” is our pick of the bunch.