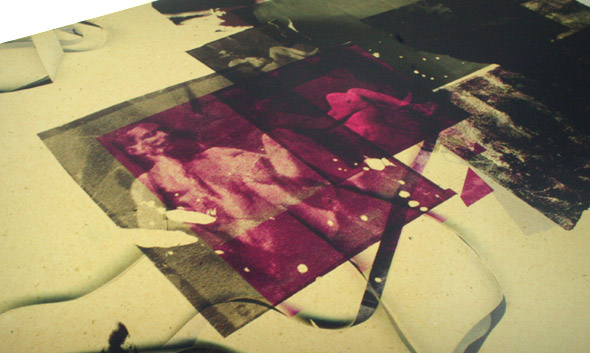 As a growing number of bass music and erstwhile post-dubstep producers find themselves forging a career in techno, is it a coincidence that Fachwerk, a label long associated with an hardened sonic aesthetic, now regularly venture away from the sound of Berghain?

Recent releases from the Berlin collective have seen what appears to be a conscious sidestep away from the linear and mechanistic sounds associated with refurbished power stations and peak time dancefloors – even their artwork looks different. Mike Dehnert has his MD2 moniker and Deeply Rooted House platform for his housier fare, while Roman Lindau happily plays his funky-techno card, but it’s Sascha Rydell’s productions that have consistently oozed the deep-seated and sultry house vibrations his Fachwerkian brethren are yet to fully grasp.

The earliest example of this was Rydell’s Serrage EP, which translates to “Tightening” in English. It was an EP of two halves, one techno, the other house; “Cette Nuit” and “A Plus Tard” offered all the hallmarks of a Fachwerk production, albeit with murmurs of deep house and seductive French suggestion. Rydell followed this up with two equally deep, but dubbier cuts on the Marmonner EP as well as the more buoyant four-track missive Mouvior.

The decidedly avant garde “Matin” and “L’Eclair” meanwhile are two of the most overtly experimental tracks on any Fachwerk 12” to date. Counter-representative of each other, “Matin” opens the EP with beatless and breathy textures, sanguine atmospherics and flickering waves of sonic complexity, whereas the despondent intermission of “L’Eclair” is a coalesce of foreboding and uncouth sounds. Rydell has shown his cards – he is no longer a muzzled house music purist or an electronic music inquisitive stuck in the body of a hardened Berlin techno bulwark, but an exponent of forward thinking music fashioned for the dancefloor and beyond.