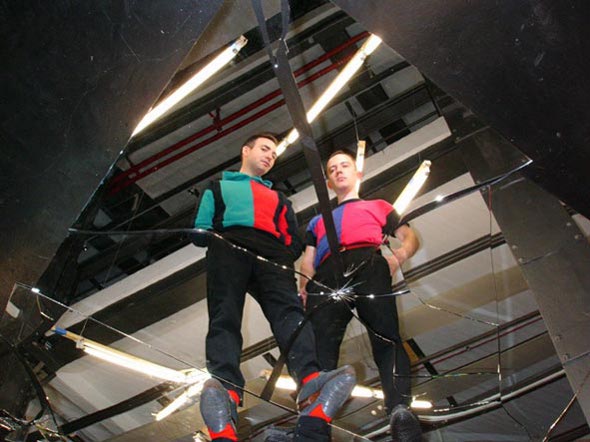 The track features on the duo’s recently released De La Cabeza EP, which the Cómeme imprint says belongs in its “fuego department”. They fully qualify this statement by adding some context for those of us unfamiliar with Argentinian slang: “In Buenos Aires, when a particular style is flamboyant, they say “Que fuego”; be it an evening gown, a staggering dancing step, a good phrase or a precious little make-up smear. All these things are part of the wonderful world of DJs Pareja.”

The track itself is a driving, heavily arpeggiated house jam that comes as close to bringing the sultry, sweaty nature of a Buenos Aires nightclub directly to our headphones as anything we’ve heard since, well, the last Djs Pareja release. You can stream or download “Saxo Temor” in its entirety below.