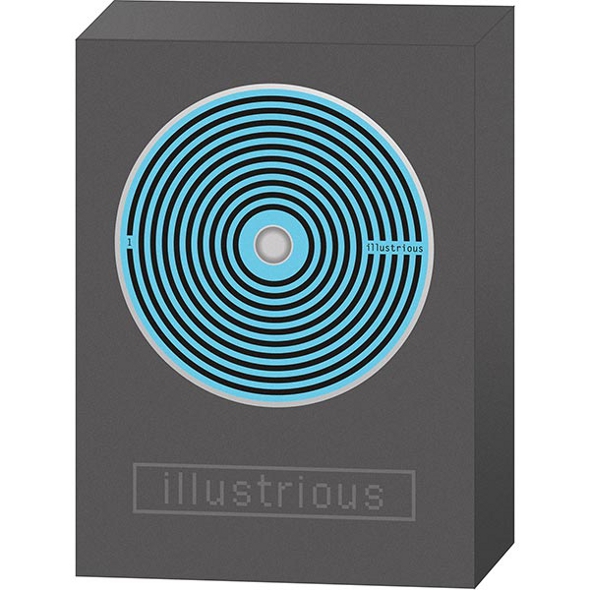 Next month will see Mute Records unleash House of Illustrious, a monstrous looking 10 CD boxset of material from Vince Clarke and Martin Ware.

Seperately lauded for their respective work with the likes of Erasure, Depeche Mode, The Human League and Heaven 17, Clarke and Ware joined forces as The Clark & Ware Experiment and released two albums on the evergreen Mute imprint around the turn of the millenium. The project has been described as capturing “the relaxing nether world of ambient sculpturing and atmospheric soundscaping” and debuted with the wonderfully tongue in cheek Pretentious back in 1999 and followed with the six track exercise in 12 minute arrangements that was 2001’s Spectrum Pursuit Vehicle.

Both these albums form the core of House of Illustrious, which comes with a faintly ridiculous sounding eight CDs that brandish some 33 tracks worth of unreleased material from the duo, with one production clocking in at an ambitious 63 minutes. Clearly aimed at the Clarke and Ware completists, the boxset release naturally comes with some packaging from acclaimed graphic designer Malcolm Garrett, which apparently was some 18 months in planning. Speaking on the design, Martin Ware is quoted on the press release as saying: “The original challenge of how to package ten CDs and accompanying information into a single desirable object has been achieved through beautiful and subtle graphic design of the CD’s themselves, combined with bespoke acrylic ‘hockey pucks’ as they became affectionately referred to, enabled the CD’s themselves to become the artistic component, together with the purpose-tooled stainless steel spindle (etched with ‘Made In Sheffield’).”

Limited to 1,000 copies – all of which will be numbered and signed by Ware and Clark – House of Illustrious will be released on November 26 and available exclusively from the following microsite – you can also read up on the full tracklisting details there. A brief video below featuring the track “Starbirth” should help you form an idea of what to expect.