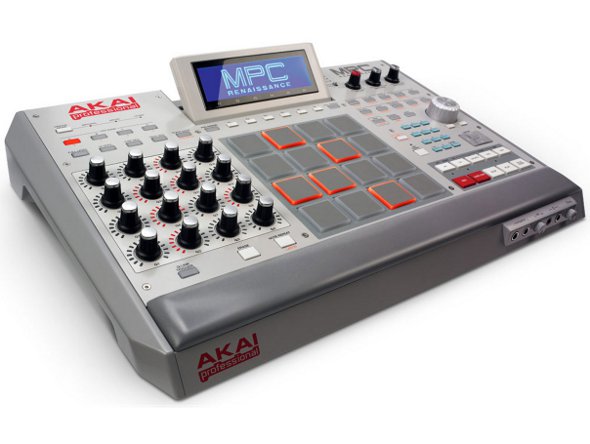 With a formidable legacy behind it and high expectations in front, does the latest incarnation of Akai’s famous MPC series satisfy? Here’s the Juno Plus verdict.

It’s not often a piece of equipment can comfortably be regarded as iconic, but when it comes to the MPC it’s more than appropriate. The fruits of a collaboration between Roger Linn (the father of the equally popular and well known Linn Drum machine) and Akai (probably best known for their S900 sampler at the time of the partnership), the original machine, the MPC60, was released in 1988 and was the first sampler to feature touch sensitive pads; it was also was the first sampling machine that didn’t need to be screwed into racks. Needless to say it was a major hit, especially among hip-hop producers, and this initial success spawned a series of upgraded models, of which this is the latest. From the classic range of MPC machines, perhaps the best known is the MPC 3000, which introduced 16 bit sampling at 44.1kHz sample rate. In fact this new machine has the familiar look of the 3000, which is quite comforting in a world of snazzy new interfaces. The difference between the new machine and the classic machines is the fact that this new hardware uses your computer and dedicated software to complete the creative picture.

The MPC Renaissance isn’t a small machine either, taking up a respectable amount of space on the desktop. It has 16 backlit performance pads that give multi-coloured feedback; for example, it can tell you how hard you’re hitting the pads by lighting red for harder velocities and then softening to yellow all the way down to blue for lighter touches. The pads themselves have a good feel about them, and are flanked on the left by a set of 16 rotary knobs with LED indicators. Depending on what mode you’re in, only the active control knobs will light up – this also helps you get to know your way around quickly and easily. There is a flip up screen that’s easy to navigate using either the cursor keys or the large browsing knob, and there are buttons underneath the screen (labelled F1 through to F6) for selecting, loading and deleting such functions, which is in line with the workflow that has long been a staple of MPCs. All of the function buttons are clearly marked, including their dual functionality, which is implemented with the shift button. If you are vaguely familiar with drum machines, samplers and groove boxes, you’re unlikely to need to peruse the instruction manual for the basic functions on this machine. With a numeric keypad for accurate data input and classic MPC transport controls for getting hold of playback, record and locate functions, the volume input/output and monitoring knobs are all within easy reach on the top face of the unit.

But the hardware is really only half of the equation when it comes to MPC Renaissance (already being nicknamed the “Ren” in some circles), as you’ll need to fire up the included software to get the whole unit working. The software is at the heart of the Renaissance experience; it’s essentially a simple sequencer, with extended features such as sample editing and browsing. All of the software functions can be controlled from the hardware itself, but if you feel the need to look at your computer screen, you will find a very well laid-out and intuitively designed bit of software. With a browsing section in the upper right and part editing in the centre with mixing and editing pages in easy reach and marked at the top of the page, it didn’t take this writer long to dive head first into some quick and easy beat creation. The software isn’t the only aspect of this package that requires installing – it also comes with extended libraries and plug-in soft synths. The Bank is a soft synth that offers 300 edgy dance basses, leads and keyboard patches, while the Wub is an expansion that does exactly what its title alludes to and reveals some huge basses and fast morphing modulations that can be found on additive synthesizers (no doubt made popular by the mainstream rise of dubstep). The Noise function gives you a more old school sound with 8-bit chip noises, samples and instruments all organised for easy editing and playing. The 809 is the final expansion that comes in the box and it’s brimming with old drum machine sounds that are fully editable. 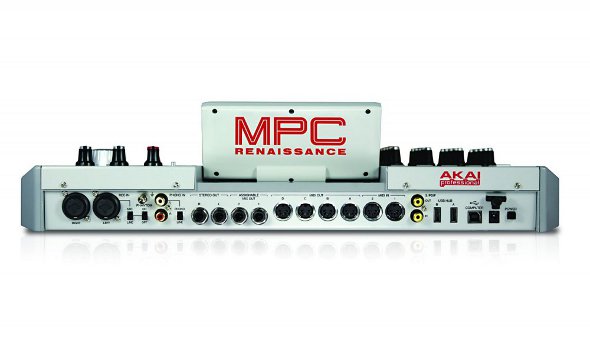 In addition to the standalone software, the Renaissance can also be hooked into a DAW of your choice such as Pro Tools, Ableton Live or Logic Studio, further expanding its possibilities. If you want to mix your creations within the MPC software then that can be done too; set up reverbs and delays to send channels to, or insert effects such as compression, chorus or flange to ease your sounds into a cohesive mix. MPC acolytes will be pleased to hear that all of the functions of the software can be controlled from the hardware, including mixing. Also, if you owned one of the legacy models which exported sequencer information, it’s possible to import your old songs, including programme changes and automation, into the new Renaissance machine, including .snd files. By all accounts it seems to be an operation that, although not quite perfect (for example sound effects need to be re-assigned), works better than expected.

One of the added surprises on the Renaissance is the integration of quality soundcard technology into the hardware. This puts the new MPC in a different league to most hardware/software controller configurations, as it allows the unit to live at the centre of your entire studio set-up. This becomes more evident as you take a look around the back and discover the dual purpose XLR/jack inputs with phantom power and the stereo phono inputs which allow you to plug your turntables directly into the machine, making it easy to sample old vinyl, create loops or sample hits from that material and assign them to pads. There are two pairs of TRS 6.35 mm outputs that allow for a main output and an assignable mix output with S/PDIF in and out. In addition this unit is a MIDI interface with four MIDI outs and two MIDI ins, a USB hub with ports for two USB devices, as well as the USB B port which is used to communicate with your computer. There are two ports on the front plate for foot switches and an assignable mix volume control for the dual headphone jacks, with the 1/8” and ¼” jacks being particularly useful in case you lose your headphone adapter.

Obvious comparisons will be made with Native Instruments’ Maschine software/hardware combination. Although the Maschine has slightly better performance pads than the Renaissance, the rest of its control surfaces don’t match up to the MPC’s luxuriant quality. The Renaissance has a padded wrist cushion to ease extended use, for example, and there are some other differences, the most pertinent relating to software. Native Instruments have had some years to iron out bugs in its software and the integration is very tight, while the Renaissance software is brand new and Akai are fixing bugs and improving its integration as they go. If this writer has a preference, it’s with the MPC software, as it has much better mixing capabilities than Maschine’s clip based sequencer, which is more reminiscent of Ableton Live’s sequencer (only not as comprehensive). I believe that once they have ironed out some of the drawbacks – such as the fact that you can’t use the software without the hardware being plugged in (at the moment), and the lack of 64 bit support (yet) – it will be the superior software. The MPC’s built in soundcard also offers another advantage along with its multiple MIDI I/O, but at a cost, because the MPC Renaissance is considerably more expensive than the Maschine. The struggle to be top of the pile when it comes to beat production software/hardware controllers’ is hotting up, with Ableton Live set to introduce the ninth version of their well-known software along with a hardware controller called Push (more on that here).

How the MPC Renaissance will fair against both of these units in the long term is hard to say as it’s still relatively early days. There is a cut down version of the flagship unit known as the MPC Studio, which features the same software that partners the Renaissance with a slimmer piece of hardware. Additionally there is the MPC Fly – a piece of hardware designed to incorporate an iPad with a specially designed app in one unit. In the final analysis, producers who are used to the MPC will love the Renaissance and take to it like a duck to water, and in this latest rendition of their iconic groovebox there is a lot to like, but with other units snapping at their heels, Akai will have their work cut out to keep setting the pace.