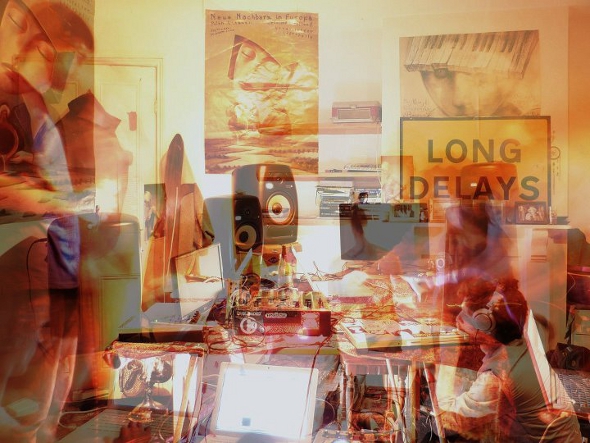 Killing Sound invoke the literal meaning of their name on “Thousand Hands”, an occultish slice of electronic experimentalism.

Otherwise known as the live improvisational project of a rotating cast of Young Echo talent that includes El Kid, Jabu and Vessel, recorded material from Killing Sound first began surfacing via Soundcloud earlier this year and culminated with the extended session “Real Love” appearing on the debut release from the newly established No Corners cassette label in September.

Emboldened by the praise laid on that track – ourselves included – further Killing Sound material for wider consumption is planned, commencing with “Thousand Hands” which is slated for release on 10″ early next year. While markedly shorter than their debut release, the track does manage to cram just as much doom-laden atmosphere into four minutes as gun clacking sound system FX are swallowed by the ever swelling envelope of sonic claustrophobia.