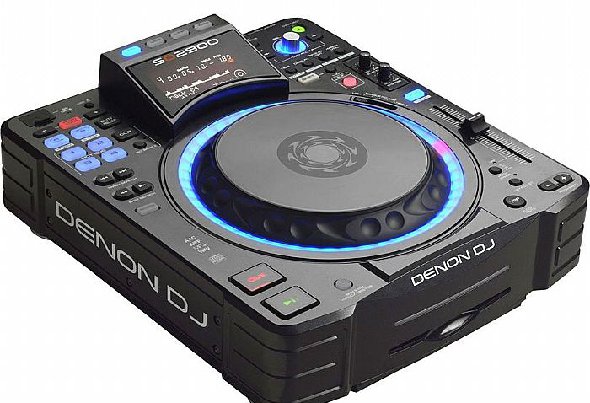 From the stable that brought us the first industry standard dual DJ CD players back in the early 90s, Denon unveil their new thoroughbred media player and digital controller which aims to stand up against the demands of modern DJing. Juno Plus puts the SC2900 through its paces.

Denon have been around for more than 100 years in various forms, and in their considerable life span they have witnessed the birth of recording technology and the introduction of disk cutting lathes right through the introduction of professional grade reel-to-reel tape technology, dabbling in electric piano design, the development of compact discs and beyond. These days Denon are still keeping up with the latest in audio technology, having already put their SC3900 CD player on the market, with its motorised platter allowing for realistic tactile vinyl scratch control over digital media. With the SC2900 they have done away with the moving platter in favour of a smart static platter design that looks more in line with its main competitor, Pioneer. At first glance the SC2900 has a reassuring appearance, with a smart black finish, sloped LED display, all the obvious transport and navigation controls you would expect, and a smooth front loading CD player. After switching the power on, the lights around the jog wheel give you a clue to their functionality with their aesthetically pleasing, if slightly 80s, hue. Instead of a moving platter, this time the LED around the edge of the jog wheel gives you an indication of where the virtual needle and cue point is. The virtual needle chases around the edges in red and the cue point is highlighted in violet.

“At first glance the SC2900 has a reassuring appearance, with a smart black finish, sloped LED display, all the obvious transport and navigation controls you would expect, and a smooth front loading CD player”

The SC2900 operates as a CD player in its default mode, and after easing a CD into its front loading face, it takes a few seconds for the sloping display to show clearly what music is up for selection. There are four buttons that change how different information is displayed on the LED panel. Hitting the time button toggles through four different views showing time remaining and time elapsed by track or entire CD. The play mode can be locked to play continuously or unlocked, allowing for easy (and quick) track skipping, and there is a dedicated button that allows access to the utility and memory sections. Navigation and track selection can be done using the encoder knob in the top right hand corner, or by the track search buttons found in the transport section (i.e. where you would expect them to be). The display also shows a wave depiction of your currently selected track; although it is a little slow to build, it will memorise a track’s waveform oafter it has seen it once. 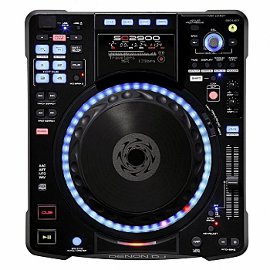 If you’re using a USB storage device such as an external hard drive or a memory stick, then the port you need is easily found on the front panel. After you have hooked up your device via USB, you just need to hit the USB mode key above the display to get the player to look for your digital files. Scroll through and choose your next track using the encoder. It was here that this writer noticed a few possible problems; firstly the accuracy of the BPM counter would occasionally wane, rendering the auto loop function useless; also it takes some time for the unit to decide if it can play your required file. However, with manual looping controls and four hot cue buttons (up to eight in MIDI mode) this was quickly overcome. One of the plus points of this media player is the turntable control. It has a vinyl mode if you’re into scratching and a standard CD player mode as well as a slip mode, which allows you to stop the sound output while the track plays on in silence underneath. This gives you the opportunity to perform some deft transform type effects. Also, another nice touch is the red LED that lights up at the base of the jog wheel in vinyl mode when you are applying enough pressure to stop the track. The torque of the jog wheel is clearly changed using the slide control at the side, allowing four degrees of varying weight.

Of course, in this day and age there are a growing number of DJs that have ditched CDs already, and further to this they may be looking to ditch their USB sticks. The SC2900 comes with Denon’s ENGINE library management software, designed to give you quick access to your digital files via a USB or networked Mac, PC or iPad. If you are a Mac or PC DJ, using Traktor or any other DJ software, all of the controls on the SC2900 can be mapped, giving you that hands-on deck control feel. Denon have included a cut down version of Traktor in the form of the LE (light edition) version two, which ships with every unit.

If there is one competitor the SC2900 has, it’s clearly the Pioneer CDJ850. Having ditched the motorised turntable, Denon have put themselves head-to-head with the brand considered by many to be the industry standard. All the features found on the CDJ850 can be found on the SC2900.; they both have a similar style jog wheel and loop and hot cue section, with a top loading USB port for playing digital files from any storage device. They both play AIFF, WAV, AAC and Mp3 files and they have navigation encoders and front loading CD players. Denon has ENGINE for planning and executing playlists; the same function is performed with Pioneer using their rekordbox software. But when you have a peek around the back of both units you notice straight away that the Denon machine has a LAN port for connecting two machines via an Ethernet connection, allowing two machines to use one USB source via the link mode – this feature doesn’t exist on the CDJ850. Both machines support fader start, but it is the Denon machine that has a digital optical output.

“Having ditched the motorised turntable, Denon have put themselves head-to-head with the brand considered by many to be the industry standard, Pioneer”

If there are a few niggles with the SC2900, they lie in the speed in which the unit turns on and how long it takes to read your chosen media, which is noticeably slower than in Pioneer machines. It’s possible that the Denon display lacks a certain panache that the Pioneer display has, especially in the way the information is organised. But when it comes to functionality and integration possibilities, the Denon SC2900 clearly wins out. If you are a dedicated DJ with your eye on developing an international career then the features present in the Denon SC2900 are well suited to getting you familiar with just about everything you need to know.