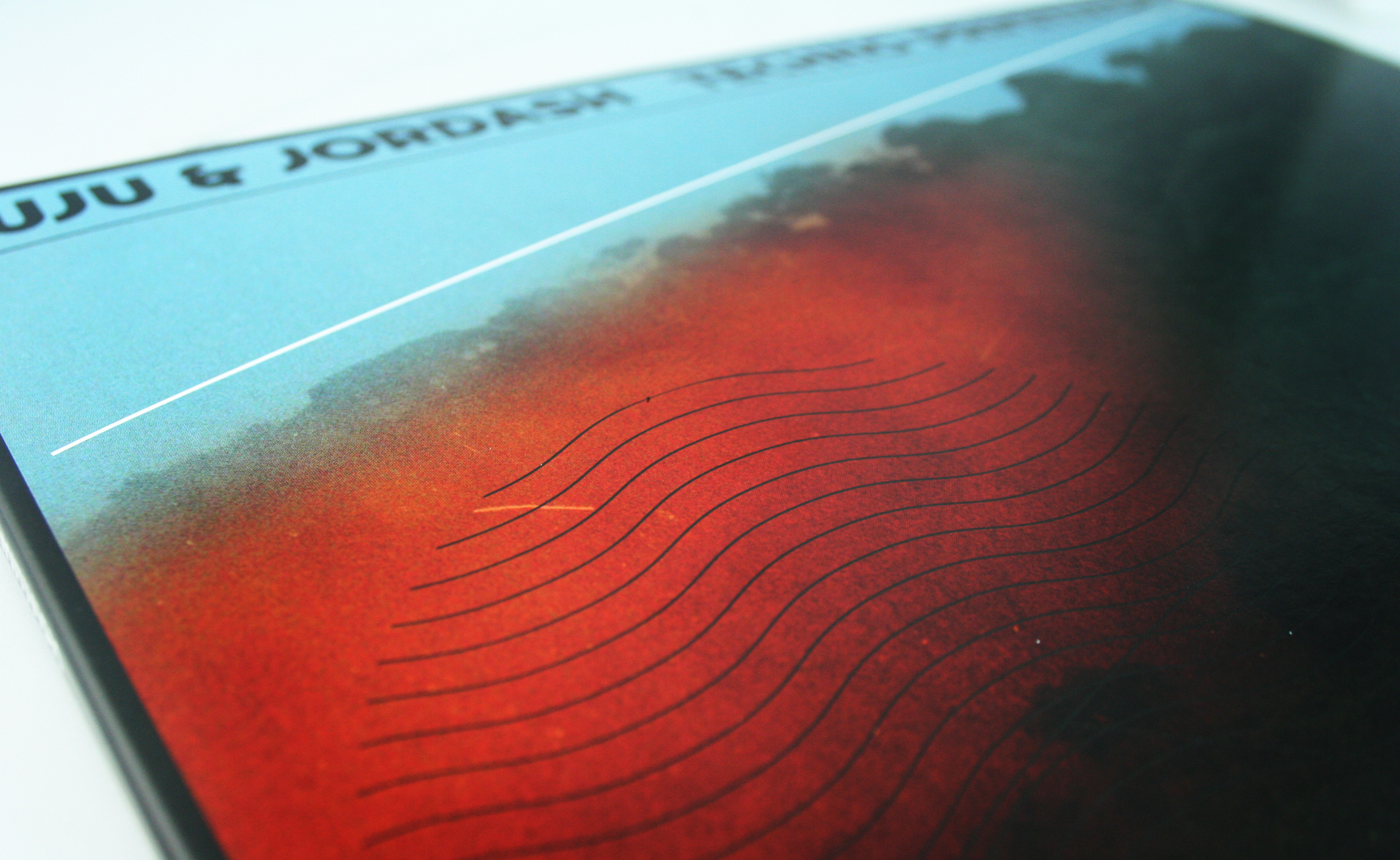 The soundtrack to many an afternoon over recent weeks in the Juno Plus office finally got a release this week – and what a release Juju & Jordash’s Techno Primitivism is!

We live in an age where the act of listening to an album all the way through is becoming rare but this fifteen track set from the Amsterdam dwelling pair is the kind of release that encourages you to change your ways. Their often exhibited sense of humour is in evidence here, and the blend of musical styles and energies from the calm to the crazed means new favourite moments arrive with every listen. Pressed up on three slabs of vinyl you can bench press with and housed in some delightful artwork from Orpheu De Jong, this is an end of year contender, no doubt.

Taking the vinyl slab quotient down one notch, this week also saw Unified Fields, the debut album from The Third Side arrived brandishing the sort of militant analogue techno rawness we’ve come to expect from this collaborative project between Panorama bar resident Steffi and Italian duo The Analogue Cops. Unified Fields may be designed for the club, but the experience from listening to its purist hardware loops may be as close as you can get to genuine techno transcendence. Released on just one plate of wax, but no less worthy was the 542nd album from Ekoplekz this year (slight exaggeration) and a triumphant return to Peverelist’s Punch Drunk label with the second and last volume of Intrusive Incidentalz. The fourteen track set is perhaps the perfect way to experience Ekoplekz, keeping its tracks short and sweet, and evoking 60s sci-fi and misty black and white nostalgia alongside its moments of slow burning dread.

Stepping away from the vinyl LPs and focussing on the ever busy array of 12″ arrivals, this week was spearheaded by the new Xosar drop for Rush Hour, proffering some darkly menacing and chugging machine funk on the title track that fits her self styled Ghost House genre tag to a tee. Moving Forward marked another fine Running Back release for the Texas based Disco Nihilist, arriving two tracks shorter than his excellent debut on Gerd Janson’s label last year but no less impressive – three tracks of rhythmic intensity and one of sublime modulated beauty. Speaking in alluring terms, it was hard to resist the latest 12″ from Beats In Space HQ; excellent cover art as standard, a deliciously warm original track from Lauer you’d deem worthy of Live At Robert Johnson and a remix from the criminally underrated Lee Douglas that is one long stream of muscular house goodness.

Sitting in the crawl space between Basic Channel, Andy Stott and Powell was the bold debut release from the hitherto unknown Samuel Kerridge on the esteemed Horizontal Ground label. Across the four tracks on Auris Interna, Kerridge presents a vision that sounds unique, coating his brushed rhythms in codeine fog, operating at a tempo best described as a funeral crawl or delving deep into industrial drone. Jeff Mills reached double figures in the Something In The Sky series with four more tracks that explored his obsession with space and techno’s intergalactic boundaries within the context of brilliant DJ tools, while Editions Mego revisited one of the highlights from Fennez’s classic LP Hotel Paral.lel, with the man himself re-editing the notorious “Ha”. Mark Fell was a worthy contender to also rework the track, with his remix adding a healthy dosage of prophetic vocals and sharp percussion without compromising the original’s sparseness.

Over at Juno Download, Flying Lotus’s fourth album arrived, and pitched itself somewhere between the gritty, propulsive beats of Los Angeles and the exploratory jazz of Cosmogramma. Until The Quiet Comes is arguably the most delicate record he’s ever produced, steering away from bigger moments, choosing instead to present an understated patchwork of breezy jazz samples, dusty hip-hop beats smeared vocals seemingly inspired by DMT hallucinations.

Occupying the interzone between techno, experimental sound design and good old fashioned pop music as Lukid, Actress and Vessel is 1991, the alias of Gothenburg based artist Axel Backman. The undeniable highlight of his self-titled EP was “Open To The Dark”, which came on like a crud-infested Thriller remix of a long forgotten B-side by The Cure. Elsewhere, the Sound Pellegrino Thermal Team – better known as label operators Orgasmic and Teki Latex – returned with more of their uniquely French take on bass music with a double header of electro infused heaters, while RBMA participant Benjamin Damage delivered his latest solo missive, with “Swarm” a far cry from the UKF inspired bass which saw the producer’s first releases, focusing instead on brutal slabs of uncompromising techno in the Marcel Dettmann mould.

Having previously set out his stall as a purveyor of intense, almost paranoid electronica via releases on Pictures Music and Awkward Movements, Juno favourite Chairman Kato continued his journey with an EP for Shades of Grey. The deliciously clandestine “A Void In You” continues where he left off, delivering dizzying late night electronica with a crack-addled pulse; our pick, however, was the two-part “Yeah Your Right” which tiptoes further toward techno territory, but still sounds like a nightmarish vision of a particularly vivid imagination. Following up his recently released debut album (after over a decade in the game) two Oris Jay tracks gained two very different remixes from industrial techno master Surgeon and Sheffield based Aitcho, while Uno Records dropped some SFV Acid into their catalogue, with Neighbourhood Archives showcasing the producer’s hard-hitting, jack sound that leaves no room for dawdling.